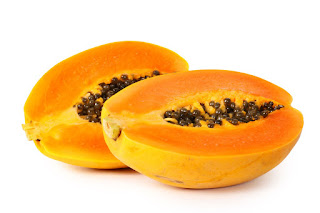 The following recommendations are general guidelines for your orientation. You do not have to follow them in the minutest detail.

3) Vitamin D
In summer:
- 15–30 minutes of midday sun every day – or more sun less often. Your shadow should not be much longer than your height. Avoid sunburn!
or
- a supplement – like in winter. Do not avoid the sun completely.

5) Omega-3 fatty acids
Choose one of these options every day (19,30,64–69). The following recommendations are for men – who generally consume more calories. For women a little less is sufficient.

Optionally (there isn’t much evidence for recommending this for the average vegan):
Use half of the above recommendations – and add a vegan DHA supplement:
- 200–300 mg DHA every two or three days (or every day if you like) (64,67–69,75–77)

Additional tips:
- Consuming vitamin C at the same time as iron rich foods increases the absorption of iron from plant sources (78,80–83).
- Drinking coffee or tea with meals lowers the absorption of iron (80–84).
- Cooking tomato sauce (or other sauces that are slightly acidic) in cast iron cookware increases the amount of iron in the sauce (83–86).