Do we need to eat salt?

It is often claimed that humans must consume salt (added salt). Do we? While there is no absolutely final answer to this question, I would bet on: no, we don't have to eat salt at all.

Now, that was the more radical question of eating no salt add all. But the more relevant question for your arteries - and your heart, brain, and every other organ connected to your arteries (EVERY organ) - is: should we reduce our intake of added salt? Should we actually not just reduce our salt intake somewhat but minimize it?

The answer seems to be yes, at least for very many (probably most) people.

There is another claim making rounds, however (at least in science-y circles): that too little salt could also be bad (which would bring us back to: do we need to eat salt at all?) and that too much salt isn't bad at all. This is the claim.

A quite brilliant review article by Cappuccio et al. (published in June 2022) titled "Sodium and Health: Old Myths and a Controversy Based on Denial" debunks the abovementioned claims and, frankly, attacks the authors (scientists) who have spread these rumours as (not in these words) corrupt liars who knowingly twist the scientific evidence and (my words) as a consequence of their published articles sacrifice people (like you and me) on the altar of greed (so to speak).

In their review article, Cappuccio et al. have included a table which summarizes all the "myths and facts" about salt, and I have copied and pasted that whole table into this blog post (which is acceptable because this article is "open access").

Also check out Cappuccio et al.'s table 2 (below). I have highlighted what I consider most relevant in yellow.

I would say, if you have high or "high normal" or "quite normal but not so low" blood pressure, try to minimize your intake of added salt. It's not all or nothing, and salt is not everything, but it's something.

Rastafarians traditionally do not eat added salt. One article from National Geographic states:
"The style of primarily vegan eating is known as ital cooking. Rastas commonly say, “Ital is vital,” pointing to how the diet got its name. [...]
Herbs and hot peppers like the fiery Scotch bonnet that is native to the Caribbean replace salt and processed flavor additives. [...]
Since they shy away from added fats and salts, Rastas are acutely skilled at creating complex flavor profiles from herbs and spices like lemongrass, allspice, nutmeg, and thyme." [2]

Don't just assume that a vegan diet on its own will protect you against high blood pressure. The beneficial effect of vegan diets on blood pressure may be quite small [3] (i.e. we can do much more, among other things, with salt reduction, plenty of exercise/physical activity, and much more of that "just chillin'"). A recent meta-analysis - based on randomized controlled trials - concluded: "We identified no effect [of vegan diets] on blood pressure" [4]. Now, randomized controlled trials are usually short term, and it might the beneficial effect on blood pressure might be seen in the long term, but as I said, beneficial effect doesn't mean there's a MASSIVE effect, and surely it doesn't make you "heart attack proof", and heart attacks are the number one killer practically everywhere, including the number one killer of vegans.

If you avoid salt, that means you will also avoid iodized salt and you need to make sure you get iodine from somewhere (see number 4). 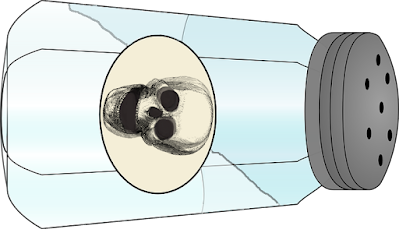