Three new vegan skate shoes by éS have just come out: the "Quattro light grey", the "Silo SC brown", and the "Accel Slim grey silver". The last two are canvas shoes. For more details see below:

The "Quattro" is re-release of a 1990s éS classic. I'm not entirely sure of in the 90s ALL or just a few of the "Quattro" were vegan (leather-free, all synthetic upper). But I do remember a dark blue "Quattro" colourway that was vegan - this was late 90s, around 1998 - just realized I do have a picture of that shoe. Search for "Quattro" here, and you'll find a Rick McCrank ad from 1998.  And the (awkward) product description on the éS website also says 1998 (see below).

éS "Quattro light grey" - as far as I'm aware, this is the ONLY vegan colourway (i.e. "light grey") of this shoe currently available. The product number is 5101000174. I forget what shoe people say instead of "product number" (stock something, I think).

The éS QUATTRO debuted in 1998, the same year as Google was founded. Both were revolutionary in the their respective worlds. The QUATTRO sold out so fast, we believe if it wasn’t for this shoe, the search engine – Google, wouldn’t be as popular as it is today. Ronnie Creager & Rick McCrank were both fans of the éS QUATTRO thanks to its supreme comfort, boardfeel, and its stunning appearance - the best option before Tinder! Want to get laid, paid and get an upgrade… the NEW updated éS QUATTRO is for you! 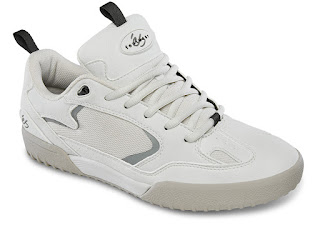 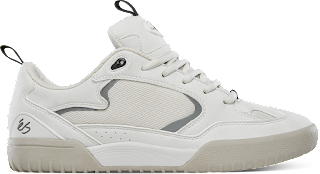 The "Silo SC brown" is the second vegan colourway and has an all-canvas (and mesh) upper - the product code is 5101000180. The other vegan colourway is the "Silo SC white navy" and has a synthetic leather (microfibre) and mesh upper (you can see it here). The Silo SC looks very similar (is a rehash) of the 1990s éS "Koston" (aka "Koston 1"), the first Eric Koston pro model - back when Eric Koston firmly established his position in the skate pantheon as "the best skateboarder in the world". This 1990s Eric Koston shoe was mostly non-vegan colourways, but there were some stray vegan colourways (cheap synthetic nubuck) too. All canvas uppers were uncommon then.

The beautifully crafted SILO SC is a kickback to one of the top selling colorways of the infamous éS K1 1997. Integrating synthetic leather and mesh for breathability, built on a STI Energy Foam midsole and wrapped within a double cup outsole that éS pioneered for skateboarding in the 90’s. This combination of materials and colors brings emotions of the best times in skateboarding, and will continue to keep this legacy alive. 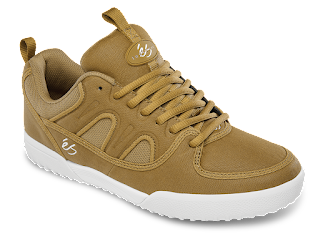 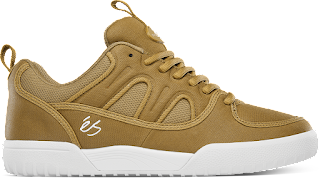 The éS "Accel Slim" has about a million different colourways, and most of them are made from animal-source leather (aka animal skin from the slaughterhouse). There are and have been some other vegan "Accel Slim" though. Click here to find them.

The Accel Slim has rapidly become the most requested shoe for the new generation of skaters [quite likely not true]. As a refined version of the Accel OG, it is a perfect all around shoe with excellent boardfeel, durability, and comfort. Try some and take your skating to the next level. 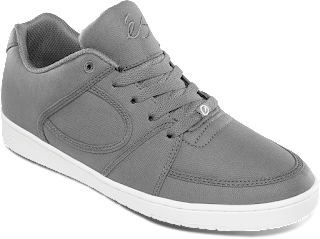 You can always find vegan éS shoes in the vegan section of their website: https://esskateboarding.com/collections/vegan And no, I have nothing to do with éS.