... but they should make sure to get enough calcium and iodine. ➜ New results from the “VeChi Youth Study” in Germany, whose participants were children and teenagers (6–18 years old), found that most (but not all) of the vegan children and teenagers consumed enough vitamin B12. Most vegans were also getting enough vitamin D. Most vegans were NOT consuming enough calcium. And iodine, selenium, and omega-3 intakes were not assessed.

You can see vegan nutrient recommendations for adults here. Children should consume about the same amount (or 3/4 the amount) of iodine than adults and about 1/4 to 1/2 the amount of selenium compared to adults.

Note: on average, these vegan children and teenagers in this study (VeChi Youth Study) had been vegan for more than four years.

These are the main conclusions from the authors:

“[..] the Vechi Youth Study did not indicate specific nutritional risks among vegetarian and vegan children and adolescents compared to omnivores.”

“The results of the VeChi Youth Study confirm[.] the position [...] that a vegetarian, including a vegan, diet can meet the recommended nutrient requirements in childhood and adolescence.”

“[Continuing this study/more studies] are desirable to examine the long-term health impacts of vegetarian and vegan diets in children and adolescents, in particular with respect to bone health.”

What the study found out about nutrient intakes of vegan children and teenagers:

88% of vegans took a vitamin B12 supplement, compared to 39% of vegetarians and 10% of non-vegetarians.

The vitamin B12 intake of vegan participants from diet – without supplements – was very low. But this doesn’t matter as long as the vegans compensate this by taking a vitamin B12 supplement.

High MMA (methylmalonic acid) concentrations – if these are high, this indicates “B12 deficiency” – were found in 14% of vegetarian participants, 11% of vegan participants and 7% of omnivore participants.

Considering both holoTC (another indicator of B12 status) and MMA concentrations, 13% of vegetarian, 8% of vegan and 4% of omnivore participants were categorized as likely deficient.

So, this indicates that these vegans (about 10% of vegans) did not get enough vitamin B12 (from supplements and/or B12 fortified foods). This is a very important finding for the “vegan movement” and vegan organizations. The conclusion should be that there should be information campaigns for vegans with information about vitamin B12.

A high prevalence (>30%) of 25-OH vitamin D3 …concentrations below reference values were found irrespective of the diet group.

That means vegans did NOT have vitamin D deficiency or “semi-deficiency” any more often than other dietary groups. Still, the recommendations of taking a vitamin D supplement in winter remains relatively important (same recommendation as for adults: ~800–1000 IU/day).

Vitamin B2 (also called riboflavin) is probably not a concern. Even though intakes may be a little bit lower in some vegans, it may just be that the reference values for vitamin B2 blood concentrations are higher than necessary.

The authors write: “[.] the biochemical thresholds for deficiency may be inappropriate[,] and the clinical relevance of the low vitamin B2 (FAD) concentrations observed in the VeChi Youth Study is still unclear.”

These results are not surprising:

“Intake of [folate/folic acid] was highest in the vegan group.”

“Vegan participants had the highest intake compared to the reference values of […] folate […].”

“Vegan participants had the highest intake compared to the reference values of [..] vitamin B1 […].” This is great – but vitamin B1 intake is usually adequate for most people.

There was no difference in vitamin A (retinol-equivalents) intake between the different dietary groups. It’s important that vegans regularly consume foods rich in beta-carotene (see here under point 9).

“Vegan participants had the highest intake compared to the reference values of vitamin E […].” This is great.

“Vegan participants had the highest intake compared to the reference values of […] vitamin C […].” This is great.

Iodine intake or status was not assessed. Iodine intake is a bit low in the general population in Germany and even lower in vegans. In fact, many studies have shown that vegans who do not pay attention to iodine (iodized salt, seaweeds like nori, or a supplement) very often have iodine deficiency or “semi-deficiency”. The Vegan Society VEG1 supplement (which I do not sell – and I have no connection to the Vegan Society) does contain iodine (VEG1: children should take half a tablet/day). Note: iodine excess can be dangerous. More info on iodine in general: here.

15% of vegans, 20% of vegetarians, and 2% of non-vegetarians took an iron supplement.

“Ferritin concentration [a marker of iron status] was significantly higher in omnivores than in vegetarians [.] and vegans [.].”

It’s controversial if this is good or bad (or both). High ferritin is associated with higher risk of chronic diseases in the long term. But if ferritin is too low, this is considered iron deficiency.

There was no significant difference between the dietary groups in terms of haemoglobin (another marker of iron status and a marker of iron deficiency anaemia).

“[…] there was no elevated risk for iron deficiency in the vegetarian or vegan subgroup. [.] the higher iron intake observed in the vegan participants […] could compensate for the lower bioavailability of non-haem iron in plant-based diets.”

“Median ferritin concentrations were lower in vegan than in vegetarian and omnivore participants of the VeChi Youth Study. However, the prevalence of concentrations below the cut-off was small. Hence, the observed diet group differences appear to be of minor importance.”

“The median calcium intake of vegan participants was <50% of the reference value [recommended daily intake]” and less than 56% in vegetarians and less than 67% in non-vegetarians.

Selenium intake or selenium blood status (for example, plasma/whole blood selenium, GPX, or SePP) was not assessed. Selenium intake is likely a bit low in the general population in Germany and even lower in vegetarians and vegans. The Vegan Society VEG1 supplement (which I do not sell – and I have no connection to the Vegan Society) does contain selenium (VEG1: children should take half a tablet/day). Note: selenium excess can be very dangerous. More info on selenium in general: here.

The median protein intake of vegetarian and vegan participants was adequate.

“[…] a blend of plant food proteins [legumes and grains] is consumed in a vegan diet. Hence, the concern of inadequate protein or amino acid intake seems not to be relevant in practice.”

“The intake of SFA [saturated fatty acids – these are considered unhealthy for our arteries] was highest among omnivores [non-vegetarians] and lowest among vegans.” This is great.

“[..] vegan participants had the highest intake of PUFA [polyunsaturated fatty acids – these are considered healthy for our arteries, unless it’s from fried or highly processed foods].”

Healthy carb foods: fruit and whole grains (but for children some refined grains are good too because they are less “bulky” and don’t fill up the stomach so quickly).

“Dietary fibre intake was highest among vegans and lowest among omnivore [non-vegetarian] participants […].” A high fibre intake is a good thing. But for children, fibre intake should not be too high – because this could result in consuming too few calories or too little protein. And the children and teenagers in this study did consume enough calories and protein.

These vegan children and teenagers were doing well in terms of carbohydrate intake.

“The total energy [calorie] intake did not differ between groups […].” These vegan children and teenagers were doing well in terms of calorie intake.

Healthful effects of vegan diets in the long term:

“Vegans had the lowest non-HDL-C and LDL-C [bad cholesterol] concentrations […]”. This is great, because these types of cholesterol damage our arteries, which increases the risk of heart attack and stroke (and other cardiovascular diseases).

93% of vegans, 89% of vegetarians, and 79% of non-vegetarians had “acceptable concentrations” of LDL cholesterol (the most commonly measured type of bad cholesterol).

95% of vegans, 93% of vegetarians, and 85% of non-vegetarians had “acceptable concentrations” of non-HDL cholesterol (all or practically all types of bad cholesterol combined).

“Since the focus of many statements on vegan diets is on potential health risks, it should be emphasized that vegan participants in our study had the highest intakes of vitamin E, vitamin B1, folate, vitamin C, magnesium, iron and zinc. Intake of free sugars was lowest in this group […]. […] The mean fibre intake was highest among vegan compared to vegetarian and omnivore participants. The latter did not reach the dietary reference value [daily recommended intake] of 14 g/1000 kcal.”

“The VeChi Youth Study provides the first evidence of reduced cardiovascular risk factors already in childhood and adolescence, only with a vegan diet.”

However, vegan parents should make sure that their vegan children have adequate intakes of certain key nutrients. 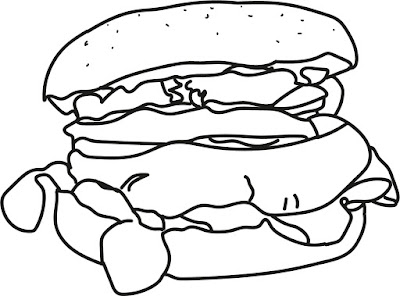