When you do an online search for vegan clothing labels from Germany, you'll find a few lists, but these lists don't contain some of the most obvious companies ... and they often contain non-vegan companies too (but list them as vegan) ... So I've decided to throw together my own short list.

In the spirit of less talk, more rock, here's the list:

From Berlin. Established in 1994. Now, ... I think (!) that everything they make and sell is vegan. Their website says that "almost" everything is vegan (see below) and they been using vegan materials for "many" of their products for a long time (see below) but also that "For years we have been working together with our producers to achieve a total conversion to vegan products" (see below). But really everything on their website already seems vegan AND has their vegan logo AND they also pay attention to having vegan dyes, binders, adhesives, and yarns (and make sure nothing is tested on animals)!  The only thing I could find on their website WITHOUT their vegan logo was a skateboard helmet (which is made from plastic).

The Irie Daily website says: "IRIEDAILY relies on vegan fabrics and materials for almost all products! We make it easy for you and mark all our vegan products, just look for the label. Plus, all vegan IRIEDAILY products are now certified by PETA and receive the {PETA-Approved Vegan} – label!"

"VEGAN MATERIALS
For a long time we have been using vegan materials for many IRIEDAILY products. Vegan fashion works the same way as vegan nutrition: no use of animal raw materials and ingredients! Whoever prefers vegan fashion should generally avoid the following materials: fur, silk, wool, down, leather, horn, mother-of-pearl, cashmere, angora, beeswax etc.
If you think that clothes like t-shirts or jeans are obviously vegan, you should take a closer look. Often there is a leather patch on the waistband of the jeans or buttons are made of horn and mother-of-pearl. It becomes particularly tricky if you look at some binders, adhesives and yarns. These may contain animal substances or have been tested on animals. Some colors [dyes] are also animal, such as carmine from lice and indigotine from snails. And there is no labelling requirement for these substances. Veganism also means avoiding the suffering and exploitation of animals for human purposes. The compatibility [with safety regulations] of artificial substances and chemical substances for impregnation is partly tested on animals.
That’s why it’s worth it to have a look at “obviously vegan” products. We make it easy for you and mark all our vegan products, just look for the label!
There are many alternatives to animal ingredients. Instead of leather and fur, simply grab the artificial variant. Artificial down keeps at least as warm as animal down. Cotton replaces animal wool. Cork gives your style a whole new touch. And the best thing is: The look is the same!"

"IRIEDAILY x PETA approved vegan
We have good news! IRIEDAILY has completed the certification process at PETA and now receives the {PETA-Approved Vegan} – label for all vegan IRIEDAILY products. For years we have been working together with our producers to achieve a total conversion to vegan products and we are even more pleased that PETA has rewarded our efforts.
The animal rights organization People for the Ethical Treatment of Animals, or PETA for short, works worldwide for the protection of animals. The organization actively fights against abuses such as factory farming, fur farming, animal testing and much more. Through the {PETA-Approved Vegan} label the awareness level and the distribution of vegan fashion should be promoted. Consumers can thus see at a glance whether an garment or accessory is an animal-friendly product."
"You think knitwear always means wool and yarn from sheep, llama and co.? Not true! Many of our models are completely vegan and are made of cotton, for example."

Irie Daily are a quite well-known brand. I'm not sure if every single person in Germany knows this company, but everyone who has ever set foot on a skateboard and currently is between the ages of 10 and 50 has probably heard of them. Their background isn't really skateboarding though (although they do sell some skateboard decks and helmets now). I think, their background is more the political and music subcultures of Berlin.

Here's the link. [Update 21 November 2022: Irie Daily have told me that "currently" all products are vegan.]

From Hamburg and very fond of Hamburg. Everything they make is vegan. Their website says: "Aus Tierliebe und Verantwortungsbewusstsein lehnen wir Materialien aus tierischer Herkunft konsequent ab und verwenden ausschließlich Natur- und Kunstfasern..." (English: "Out of love for animals and a sense of responsibility, we consistently reject materials of animal origin and use only natural [plant] and synthetic fibers ...") This is a quite well-known brand, I would say. Hamburg pride (the fortress - in German "Burg" - in their logo is the flag and part of the coat of arms of Hamburg). The name "Derbe" is a colloquial German word that has many translations. Literally, I would say, it's the opposite of gentle or mild mannered (so a bit like "in your face"), but here it has a more colloquial meaning, similar to (the adjective) "badass". Some have suggested "rough", but it doesn't mean rough as in a rough neighbourhood or rough times. Quite the opposite. It's more like Run DMC's "bad meaning good" (in the song "Peter Piper"). The word "derbe" was particularly popular among several Hamburg-based (of course) rappers. And you mind notice the word "Nordic" (nordisch) - this is not the "Nordic" of delusional white supremacists but rather a nod to the love for their (multicultural) city and (surely) a nod to one of the (the!) OG Hamburg hip hop band Fettes Brot (the - if you forgive me - German "De la Soul junior" of the 1990s) who had an iconic song called "Nordisch by Nature" (a nod to "Naughty by Nature", of course). Fettes Brot had a wide appeal to many left-leaning girls and boys who wouldn't otherwise have picked up a hip hop CD (or LP). And this brings us to the present day clothing company "Derbe", who are not at all hip hop. It's just that these terms have become a part of Hamburg's culture and identity. Anyway, don't take my word for it. But surely, everything they make is vegan. They also have a collab with Sea Shepherd. Their website also says: "Wir machen tierfrei[e] Mode aus 100% nachhaltigen Materialen. So bleiben wir uns als Marke natürlich treu, aber wir entwickeln uns bei Materialverantwortung und Nachhaltigkeit gerne weiter. Weil gerecht einfach derbe ist." (English: We make animal-free fashion from 100% sustainable materials. In this way, we stay true to ourselves as a brand, but we are happy to grow and improve further in terms of responsible material choices and sustainability. Because justice is just badass." ) Derbe have a retail store in Hamburg.

Established in 2008. This is more like a vegan at heart company was my first guess - even though to the vegan scrutinizer, the "Persian carpet" in their shop doesn't look vegan. However, everything they sell is vegan. So maybe more like "sustainability at heart". Their website says: "It`s our aim to treat people, animals and nature fair[ly]. We guarantee this by highest social standards in production, an ecological material choice and completely vegan products." They even have a retail store in Helmbrechts (deep in northern Bavaria). And they even have their own shoe line. This company isn't from one of Germany's bigger cities, but still they have their Frank (Franconian - as in Frankfurt) pride - not in a bad way. And ... their founder is a skateboarder - not that the kind reader of these words would care.

In the "History" section of the clothing company Ragwear it says: "Important is what you as an owner want to have. I know that we are 100 % vegan, I know precisely where we buy our fabrics, and I know we are in a continuous process." You can also find the word "vegan" throughout the website. So, it's strange that Ragwear did not immediately pop up when I did an internet search for vegan clothing / fashion companies. The website even have their own section (which you should check out) specifically highlighting that everything they make is vegan: "The first in vegan streetwear, ragwear deliberately does without animal materials, because vegan production methods are possible [...]." They also support a place for rescued farm animals. So, the award for most vegan at heart fashion / clothing company in Germany might have to go to Ragwear.
Here's the link.

Aebletrae is a vegan women's clothing label with an Etsy store. From (somewhere in) northern Germany.

Founded in 2008. If I understand this correctly, Thokk Thokk is a vegan clothing label, but they also sell clothes by other labels. Everything made by Thokk Thokk is vegan and everything in their online store is vegan too. Their website says: "Peta Vegan Approved. This seal shows you all the vegan products from our shop. But no worries, with or without seal, in our shop everything is vegan."

Embassy of Bricks and Logs

Now, you and I might think that no German (with their brick-like brains) could come up with a name like that and you might think this company must be from Brick Lane "or somethin". But no. They're from Essen, Germany. And this is what their website says:

"Animal Rights
Embassy of Bricks and Logs is a vegan company. For us, sustainability starts and ends with taking a wholesome approach, including every living being along our supply chain – this includes animals and therefore animal-derived products. It is a matter of animal rights and ethics first, but the impact on animal-derived products have on the environment is another big factor. After all, animal agriculture is the second highest source of greenhouse gas emissions and has a huge impact on deforestation, ocean dead zones, acidic soil, world hunger… the list goes on.
We‘re working closely with non-profit organization People for the Ethical Treatment of Animals (PETA) to make sure the whole collection is PETA-approved vegan."

By vegan clothing company, in this case I mean a company that makes and sells only vegan clothes, on principle. That does not mean that the company is owned by vegans or that even all the staff is vegan (the latter being quite unrealistic even for many vegan-owned companies).

I did NOT list any companies that sell "only" T-shirts or only T-shirts and hoodies. There are many. If you're just looking for some plain, no-nonsense organic cotton T-shirts (or hoodies), check out (for example), Thokk Thokk, or Roots of Compassion.

None of the links on this website are "affiliate" links.

This is NOT a list of stores / shops but rather a list of clothing labels (or "makes" as the Anglo people say). There is, for example, a completely store called "Dear Goods" - they sell different brands (only vegan items) and have eight retail stores in Germany (4 of which in Munich [= München] and 2 in Berlin)

Correct me if I'm wrong. And send me more info if you have it.

The order of the companies listed above is completely random. 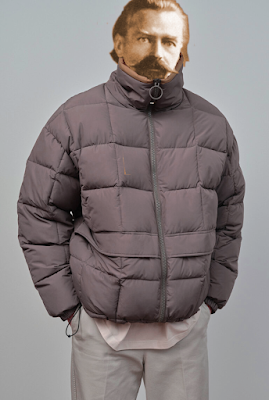