Countries with mandatory vitamin B12 fortification

April 24, 2022
So, this is pretty good news. Until recently, I was only aware of one country (Cameroon) with mandatory vitamin B12 fortification of flour. But within the last few years quite a few more countries have started fortifying flour with B12. As far as I know, this practice has been introduced relatively recently in all of these countries (listed below).

What does mandatory (!) vitamin B12 fortification mean?

It means that by law (!) all companies which sell a particular food product (for example, wheat flour) for which B12 fortification is mandatory MUST fortify this product with B12. What this means is that B12-fortified staple foods (see below) are therefore quite common in these countries, i.e. these particular staple foods are "often" (not always) fortified. Why "often" and not always? If you come from a relatively wealthy "Western" country, you may overlook two points: (1) not all staple foods (flour, rice, etc.) come from a supermarket or grocery store. Instead they may come directly from the farmer ... or YOU may be the farmer. So, what this means is that the big companies selling packaged rice / flour will add B12 to their products. (2) Not everybody follows the law all of the time, for a varierty of reasons. So, what this means is that there are policies in place in these countries which mandate that companies MUST fortify, but this may not (yet) be (= is in fact not) implemented by all companies.

You may have heard of the Food Fortification Initiative (FFI) who are also collaborating with a new (?) project called Global Fortification Data Exchange - yes, I find the name a bit complicated. 😅
But these brilliant people collect info on the fortification of staple foods, especially wheat flour, maize (= corn) flour, rice, plant oils, and salt.

How many countries have mandatory vitamin B12 fortification?

If instead you want to know the "number of countries that have data or studies [!] comparing health status related to the selected nutrient before and after mandatory fortification", there is, to date, only one country: Cameroon.

The 22 countries with mandatory (!) vitamin B12 fortfication of certain staple foods

...
Now because I am a mistrustful (and curious) character and like to double and triple check things, I asked several local vegans in some of these countries if they knew about the mandatory vitamin B12 fortification. And many didn't (see below).

In Costa Rica, people seemed to know about it.
I got a reply from three people (vegans):
"Yes, rice has been fortified with B12 and other vitamins for several years here in Costa Rica.
The government initiative came about to help reduce deficiencies and anemia among the country's citizens.
This fortification helps vegans get more important nutrients.  https://www.ministeriodesalud.go.cr/index.php/noticias/noticias-2017/1208-arroz-fortificado-contribuye-a-la-nutricion-de-la-poblacion." [translated from Spanish]
"[..] if you ask here directly, they may have more information. https://www.conarroz.com/" [translated from Spanish]
"In Costa Rica, rice, flour, milk and salt are fortified by law.
Here you can find the information regarding rice: https://extranet.who.int/nutrition/gina/sites/default/filesstore/CRI%202002%20Decreto%2034394-S.pdf “

I also got a reply from someone (a vegetarian, I think) in Cuba.
"Here in Cuba I have never heard of flour with B12, the country has a great shortage of a variety of foods and we have had to adapt to stay healthy."
And someone sent me these photos: 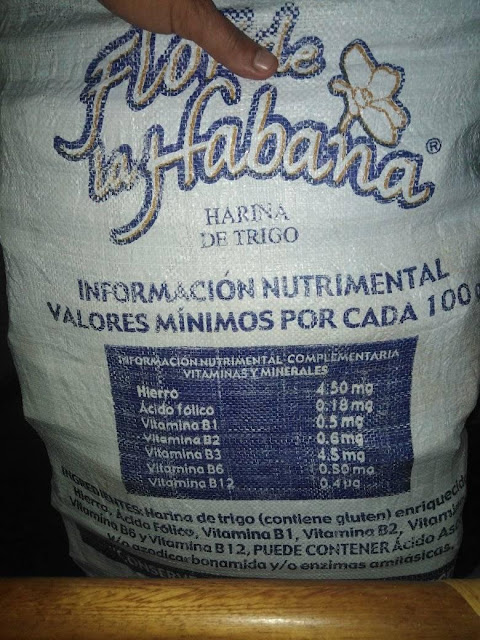 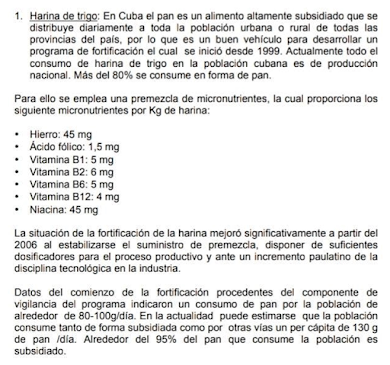 I also got one reply from a vegan in Ghana.
"[...] there is no mandatory fortification of vitamin B12 here in Ghana."

Again, one reply from a vegan in Guatemala:
"[...] at least the brand of corn I use (Oro maya) is not enriched with B12, only with B1, B2 and B3, and other vitamins and minerals. It would be necessary to find out if there is a brand that does contain B12, because it is stipulated according to the legal agreement 128-2021: 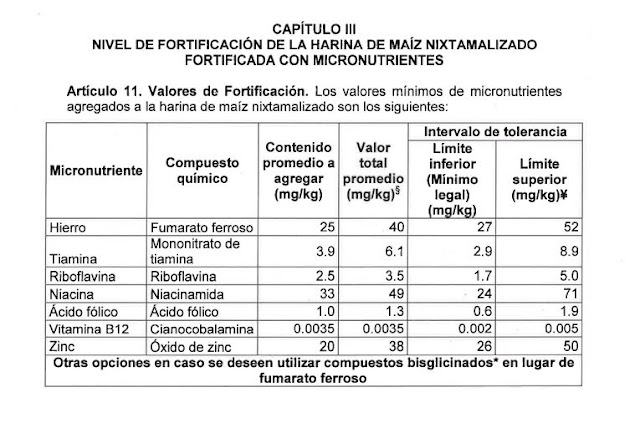 I also got one reply from a vegan in Nicaragua:
"[...] Not all rice in Nicaragua is fortified with B-12."

I also got one reply from a vegan in Palestine (Palestinian Territories):
"[...] you can follow the link for updates about the Palestine micronutrient survey. It was held under the supervision of WHO, I think. They discovered deficiencies of many micronutrients in different types of food, and a huge platform of data had been created in the past decade: http://ghdx.healthdata.org/record/palestine-micronutrient-survey-2013
Also see this related article: https://doi.org/10.1186/s40795-020-00367-2 "

And one reply from a vegan activist in Israel with extensive knowledge of the Arabic speaking vegan movement:
"I didn't know about B12 fortification of flour [in Palestine]."

I got three replies from vegetarians/vegans in Panama:
[Translation] "If you are referring to the national rice that is sold in stores, what you say [B12 fortification of rice] coincides with the requirements of the MINSA (Ministry of Health) for sale in the local market. Sanitary registration is required. Since 2009 there is legislation on fortified rice. [...] https://docs.panama.justia.com/federales/leyes/33-de-2009-jun-30-2009.pdf " 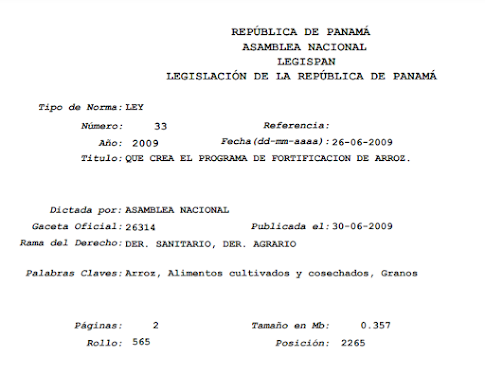 
[Translation:] "This is a local brand: https://grupocalesa.com/arroz/ " 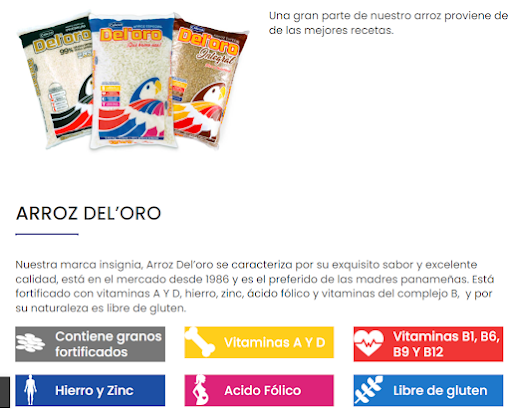 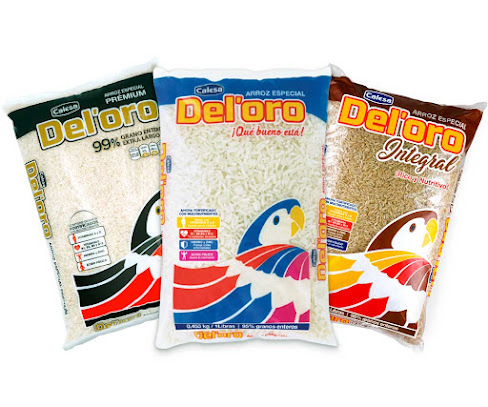 "This one is also fortified: https://arrozpelin.com/productos/ " 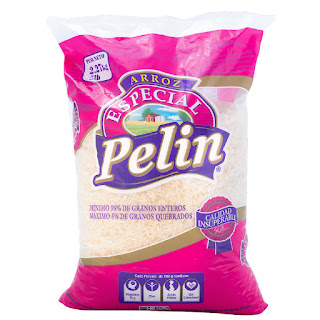 [Translation:] "How interesting, I have never seen a reference to that [B12 fortification] on any of the organic imports [imported foods] I buy."

I also got replies from three vegans in Peru:
[Translation:] "Until now I have only found this brand of rice, called "Paisana", which is fortified with iron and also B12. [...] it is a public health policy that was implemented a few years ago to fight anemia and malnutrition. Unfortunately not all brands of rice have it. I bought this in a supermarket here in Lima called Metro." 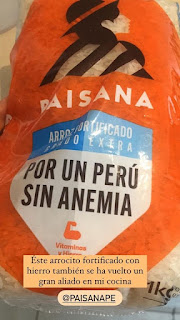 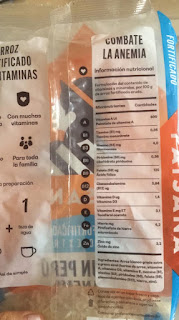 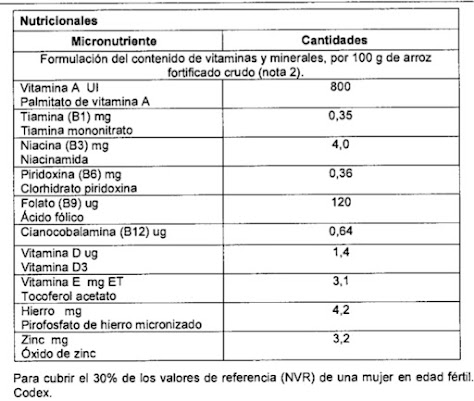 [Translation:] "[...] I am a biologist. Yes, for decades efforts have been made to promote the fortification of rice and other foods in Latin America and the Caribbean as part of the ten most profitable actions for the development of health and the economy. In Peru there is a ministerial resolution that implemented the national plan against anemia and chronic malnutrition 2017 - 2021, which includes fortified foods such as rice with micronutrients for infant feeding, the general population and social programs." "Now from there to 100% compliance, who knows."
[Translation:] "I've only seen that [B12 fortification] with cornflake-type cereals and I think noodles."

[Translation:] "The resolution only mentions 3 "types of rice" which are the ones that would be included in that nutrition plan but who knows if the companies are complying with this. [...]"

[Translation:] "Is it rice that is bought in markets or is it rice distributed by the state? It makes me very curious because I have never seen nutritional information on rice packaging unless they are those boxes of more expensive brands."

"I would have to see its label. I don't think it's [B12 fortification] just with any rice. It would have to say specifically on the packaging that it is a fortified rice. It's curious. We will find out."

I got one reply from a Rwandan vegan who lives abroad.

"I did not [know about B12 fortification of flour in Rwanda]! I'm curious if that is true!"

And one reply from two vegans in Tanzania:
"Yes, of course it [wheat / maize flour] is fortified.
[So, the typical flour that most people use is fortified with vitamin B12?]
"Yes, it is."

[Do you know if the commonly available flour in Tanzania is fortified with vitamin B12?]
"Yes!"

One vegan from Uganda also replied to me:
"I didn't know about it! [B12 fortification of flour]"

And I received one reply from a vegan in Zimbabwe:
"I was not aware of this law. I have seen certain products that have B12 in them but never paid attention specifically to maize and wheat flour products. I will definitely have a look into this."