The Nixon "Americana" vegan belt is supposed to be a high-quality vegan belt. And it may be. But I've worn it while skateboarding, ... and skateboarding involves a lot of falling.

On the positive side: the belt seems to be good quality compared to really cheap, i.e. department store leather-free (vegan, synthetic) belts. The belt's material does not generally flake off - just from using it (like any normal person would) - and it does not crack. I've had it for a few months and have worn it a lot. Even though you can see the cardboardy looking inside when you look at the belt's holes, the material seems to be really sturdy and the holes do not wear out.

However, the belt does not hold up to falling onto it (falling on my back). I somehow had thought that Nixon is a big company and that maybe they've figured something out to use a leather-like non-leather material that is just as tough as leather. But no. It's not the toughest belt out there, at least not if you're a skateboarder. That the belt's upper does flake off on that small "leather" cover on the belt's buckle shows that the quality of the material isn't as good as it should/could be. The idea that a belt has an "upper" seems to be the wrong approach anyway, I think. A vegan belt should be made of one solid piece of material (which can be recycled or ... --- belt makers, think of something!).

Then again, most people aren't skateboarders, and maybe even most skateboarders don't skate that much that they'd fall on their backs all the time.

Not sure of how (or if) I'm going to fix it. With a black belt it would be a bit easier than with a brown belt. Anyway, the belt is still perfectly usable, ... and as skateboarders we are known to wear shoestrings as belts, so it's not that this kind of small imperfections would matter in any way ... but, anyway, here's the damage: 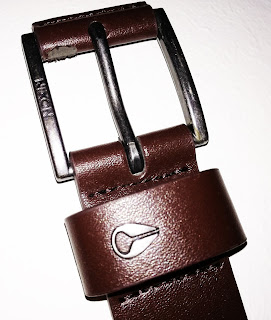 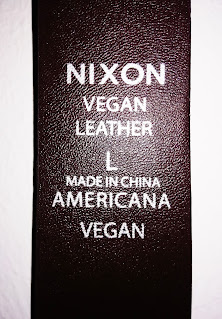 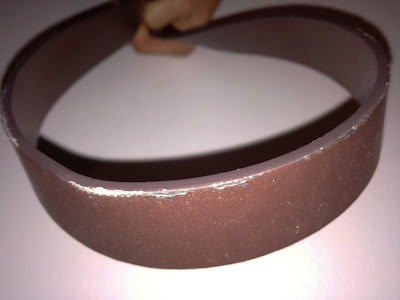 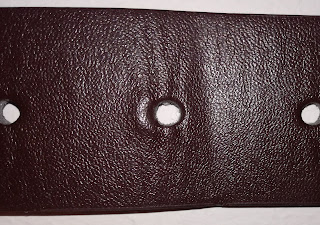 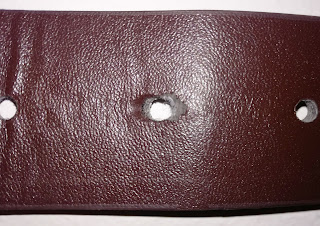 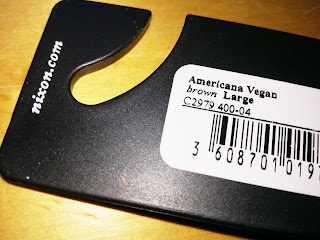