Year of the dolphin: anatomy of a vegan skate shoe, Part IV

Much of the year 2020 I spent on flat surfaces. As a skateboarder I am in touch with our seemingly flat earth, the ground beneath me, the stuff of life - maybe more so than with most of my fellow hominids. Bluntslides felt like a treat in 2020. They always do, but in 2020 there were only a few weeks, in between waves, around summer, when such indulgence was "commensurate with the risk" of COVID crime. As the rats started to awake and venture into the suburbs, I stopped venturing into the suburbs. So, most of the year I spent in parking lots, coexisting with security guards. This is the footwear I used:

Some other skate-related pictures are shown to make you feel happy.

I got some éS "Swift Everstitch", vegan ones. Later there were also some non-vegan "Swift". As with éS shoes in general, these were great "straight out the box", grippy, great board control, the perfect skate shoe, except that they don't last that very long. But that would probably too much to ask. Anytime you can get your hands on some pair of vegan éS, probably the best decision is to get them before they're gone. 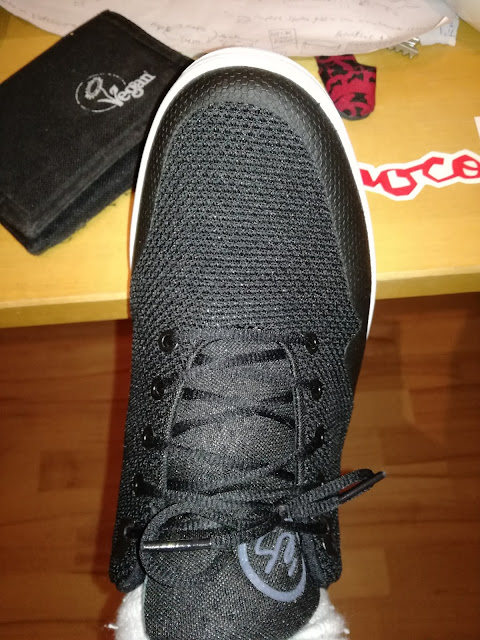 This is not the Tony Hawk shoe collection. (Remember "The Truth Hurts?") 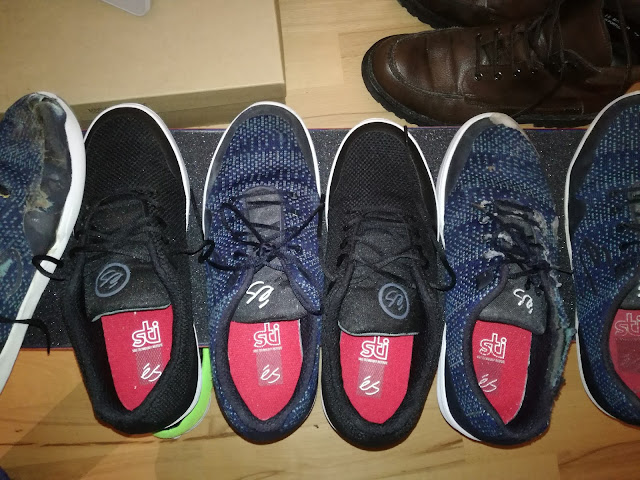 New Balance is one of those get that money corporations that are in skateboarding for the money. If that doesn't bother you, it may bother you that the soles of these shoes are, in my experience, really plasticky for the first seven days or so. AFTER that you have the perfect skate shoe. Some people may not like how plasticky the upper looks. Me on the contrary, I love this upper - plus, you don't have to worry if the upper is ACTUALLY synthetic. So, this shoe is the NB Numeric 420. 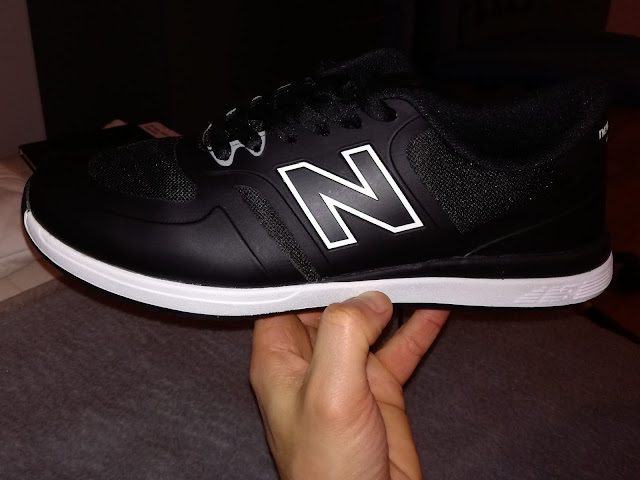 These I bought in a sale in a local skate shop. I haven't skated in them. Emerica Laced. Doesn't seem like a good shoe. After wearing them for a while the stiff canvas softens up a little though, and it stopped pinching my ankles and toes. Maybe I'll skate them this year. 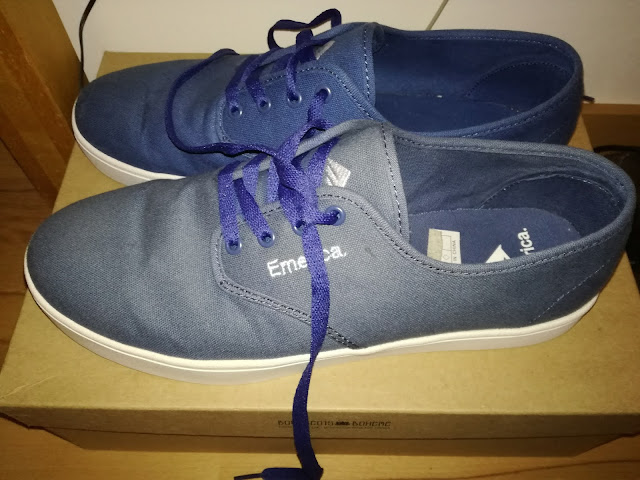 Two Thunder kingpins apparently. I still haven't managed to get the left one into the baseplate. Thunder also told me they would send me a replacement, which they never did. I hold no grudges. It didn't increase my customer loyalty though. 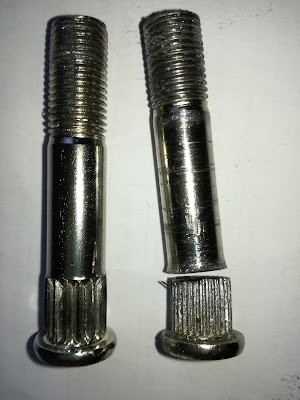 Something you don't see every day. At least, I'm not sure this has ever happened to my trucks before. I think once it did. Independent. I've always liked their slogan. All other trucks suck. I'm easily fooled. The slogan is incorrect. 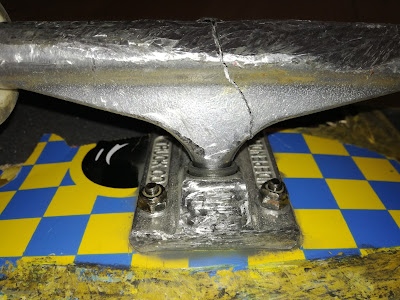 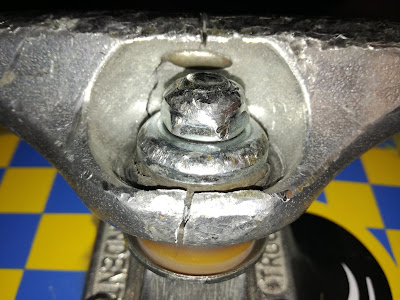 My legs don't usually look this pretty. Try to explain this to a non-skateboarder. They will never understand. 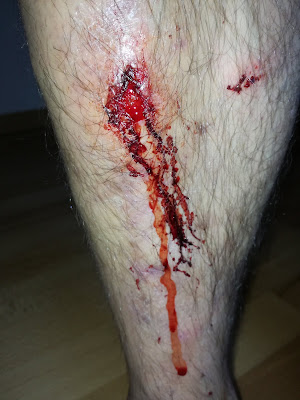 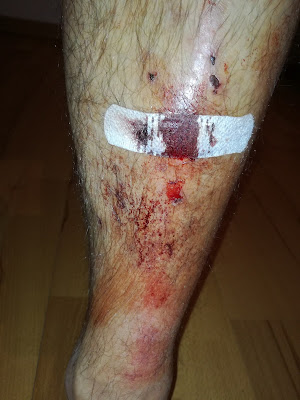 This deck lasted exactly - roughly - a few hours. Second day, first trick, clean snap. Not just was this one of the most beautiful decks ever, but the shape was heavenly. Why hast thou forsaken me? (I'm not sure who I'm addressing here.)

Now I don't have to tell anyone that Nike is evil. But beggars can't be choosers? Not really an excuse. Anyway, I did buy these, in a sale. These were extremely comfortable. Imagine éS would turn into a monster. This is what they would churn out. I'd love to have another pair, but I'll try to abstain. Emerica, please copy this. Or Etnies, or whoever. Let me have this shoe without Nike. This shoe was surprisingly durable too. I used Ripcare (German Shoe Goo), of course. I shouldn't even tell you what this shoe is called (Charge canvas, I think). If you find yourself forlorn one night, desperate for some leather-free skate shoes, you may be led into temptation. Rip the swooshes off at least. 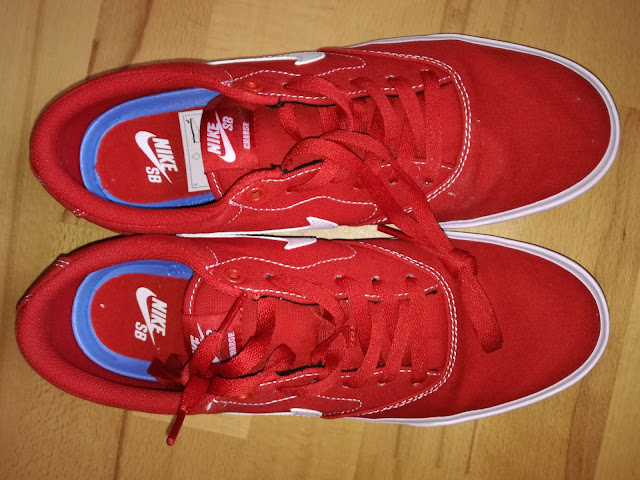 A beautiful board, Meridian, I believe, who stayed with me much too short a time. 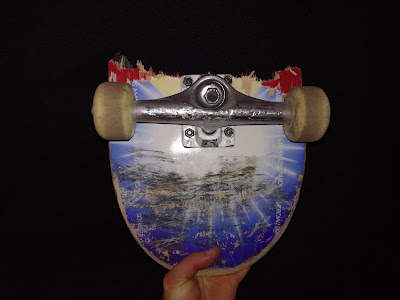 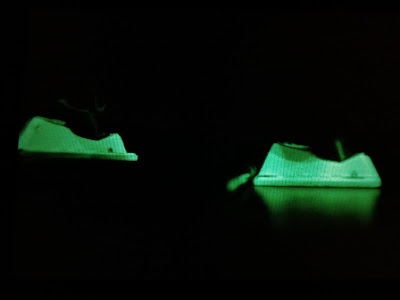 As Mephistopheles said: blood is a very special juice. 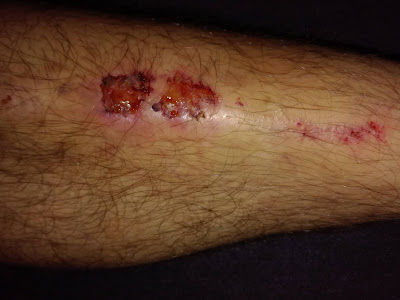 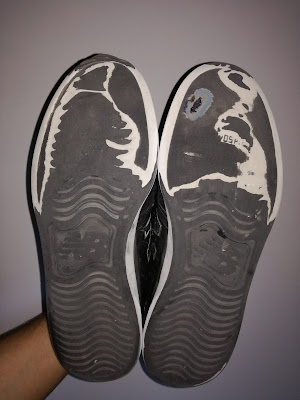 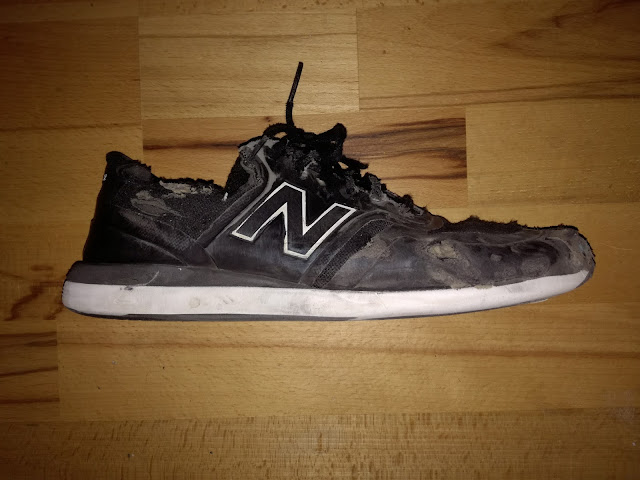 Another even more beautiful, or beautiful in its own way, pair of the NB Numeric 420.
Le roi est mort, vive le roi! 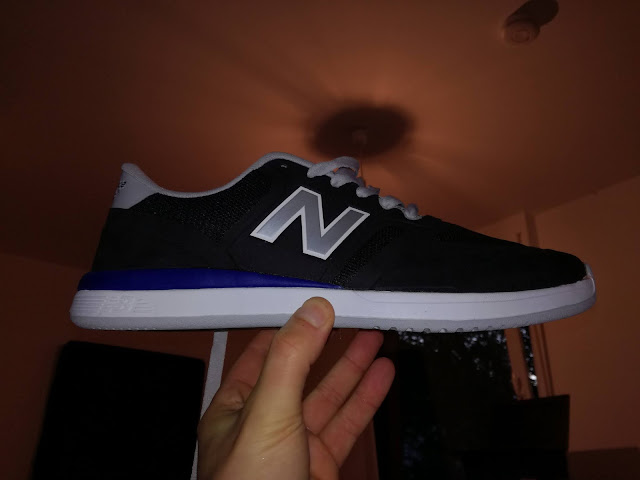 The end of this Film truck. However, the amazing people at Film Trucks sent me replacement trucks (which I am skating now). Customer loyalty: max. 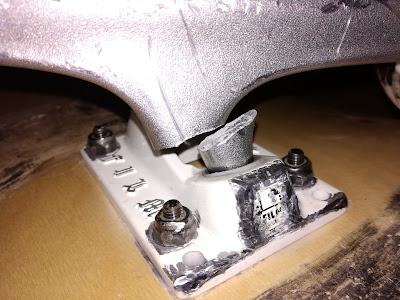 Gear. Should we call decks gear? 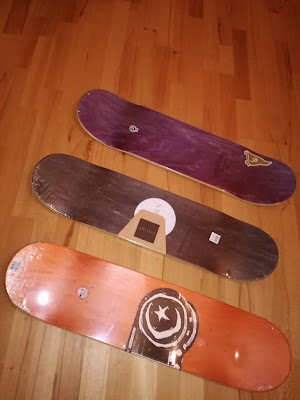 What happened to those Charges. 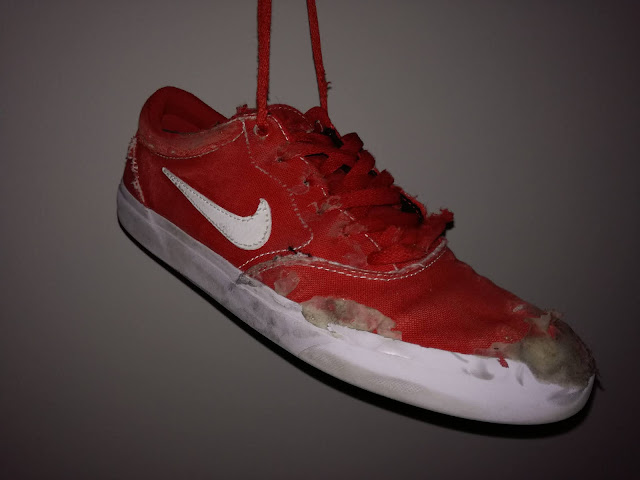 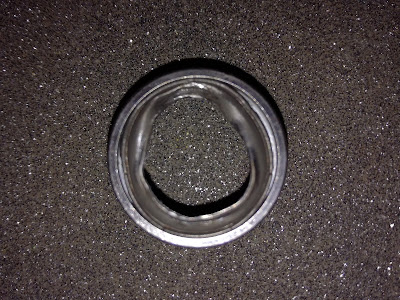 The end of those second NB Numeric 420. 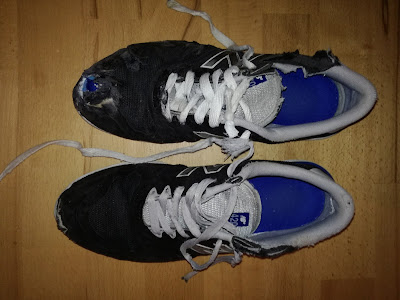 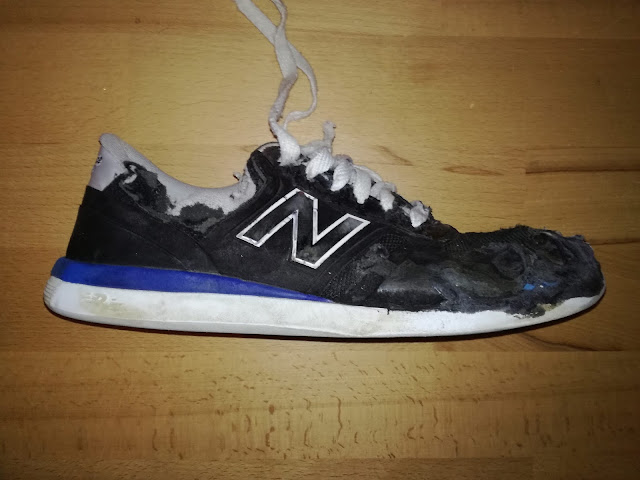 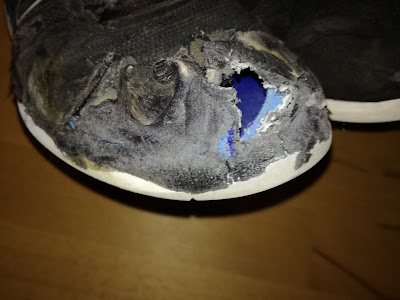 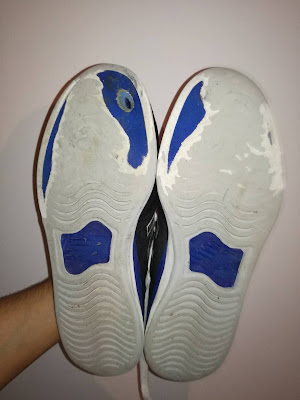 Now it's time to practice the art.