For those of you who don't know who Jack Norris is ... well everybody knows who he is ... So without further ado: five questions with Jack Norris. 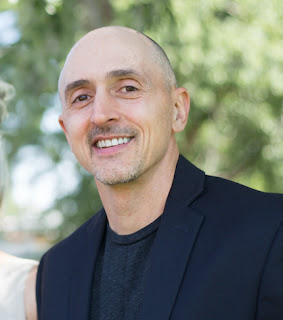 1) You have just published a new edition of your book Vegan for Life. What are the most important areas where there have been updates?

We added sections on low-carbohydrate diets and low-FODMAP diets for vegans, and we redid the Vegan For Life Food Guide to make it more user-friendly. Most of the updates to the book were citing newer research on a wide range of topics but nothing that significantly changed our recommendations for nutrient intakes of vegans.

2) I have seen that in Vegan Outreach's latest pamphlets there is no detailed nutrition info anymore (unlike a few years ago) ... info such as "make sure you get enough vitamin B12". What was the reason for this decision? Could it be frightening people off?

It's been a very long time since we had nutrition information in one of our introductory booklets and we still have a Guide to Animal-Free Eating that has a section on vegan nutrition. More recently, our form of advocacy has been less about handing out booklets and more about signing up people for our online program, 10 Weeks to Vegan. This once-a-week email series contains nutrition tips and has a companion Facebook group monitored in part by dietitian Matt Ruscigno to answer nutrition questions. We have a specific series for many different countries—Argentina, Australia and New Zealand, Brazil, Canada, Chile, France, India, Indonesia, Japan, Kenya, Mexico, Peru, Singapore, South Korea, and the United States—and we're in the process of adding more. Since the pandemic hit, our public outreach has completely shut down but our move to online outreach has resulted in almost 180,000 people signing up for 10 Weeks to Vegan in 2020.

3) Vegan Outreach has gone much more internatonal over the last few years. Have you come across any clear differences where, because of differences in cultures etc., drastically different strategies are likely to make the most sense?

In India we target regions based on whether they're already primarily vegetarian, so we have two different 10 Weeks series—one focusing mostly on cutting out dairy and one regarding all animal products. We tailor the foods to what's available in any given country, but we don't take a different approach regarding the arguments for going vegetarian or vegan.

4) The "cyanocobalamin vs. non-cyanocobalamin" debate is still perceived as an important issue by many vegans. Do you think this discussion is overrated? Does it matter with high-dose supplements (for example 2000 mcg per week) if a vegan takes cyanocobalamin or methylcobalamin?

Yes, the discussion is an unnecessary distraction. We don't know what amount of methylcobalamin vegans require to stay healthy as there's been almost no research. Cyanocobalamin is well-studied and safe. For methylcobalamin, I wouldn't rely on less than 1,000 µg per day based on what we know at this time. For an analysis of the safety of cyanocobalamin, please see the VeganHealth.org section Vitamin B12 and Cyanide.

I can't recall anyone claiming to have a skin rash from a dose as low as 25 µg per day. A dose of that amount would result in an amount of B12 absorbed roughly equal to the lower end of what a typical meat-eater in the U.S. or Europe would absorb, so there shouldn't be anything unusual about that regimen.