The 18th-century chapbook (from around 1780) titled "The world turned upside down, or the folly of man, exemplified in twelve comical relations upon uncommon subjects, illustrated with twelve curious cuts truly adapted to each story", printed and sold in London (England), contains 13 (not 12 as the title suggests) woodcuts that depict scenes in which the roles of nonhuman animals and humans are reversed ... somewhat reminiscent of the Hindu "man with cow head slaughters cow with human head" type of drawings [scroll down to the very end] ... but a little less graphic.
Of the 13 woodcuts, 9 involve nonhuman animals, and 7 of these clearly depict typical scenes of nonhuman animals being used and sometimes killed for food by humans, just as is common today, only shown here with reversed roles.

Below you can see these seven "animal rights-themed" woodcuts in their original order: 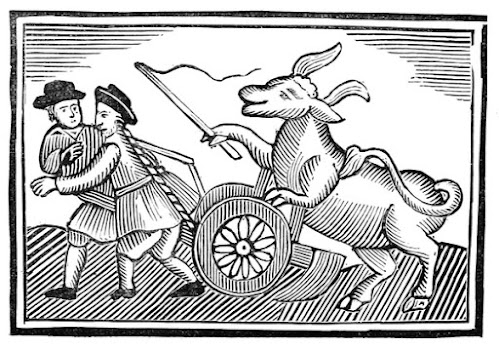 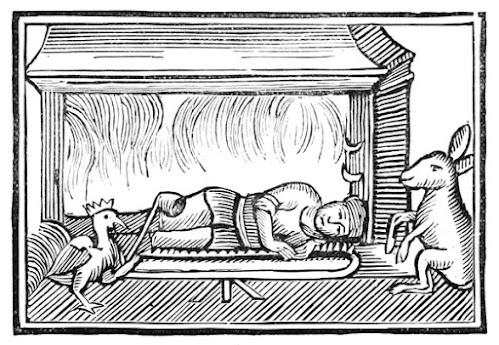 The duel of the palfries 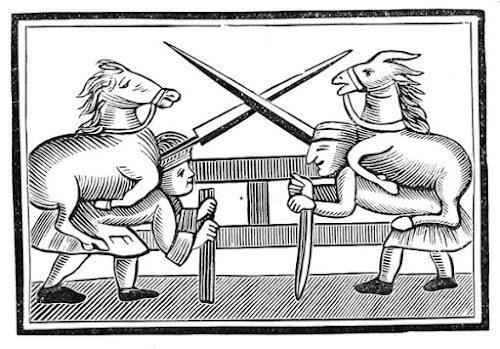 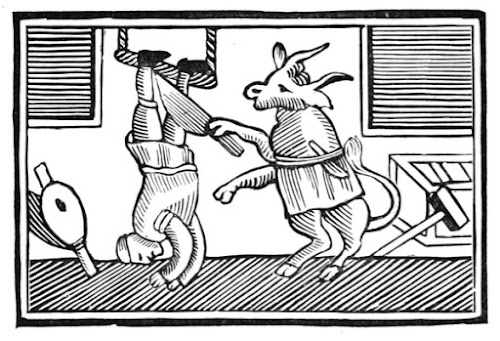 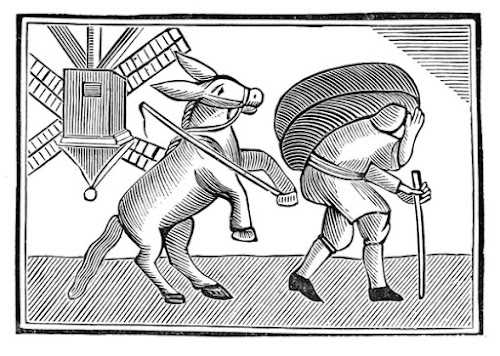 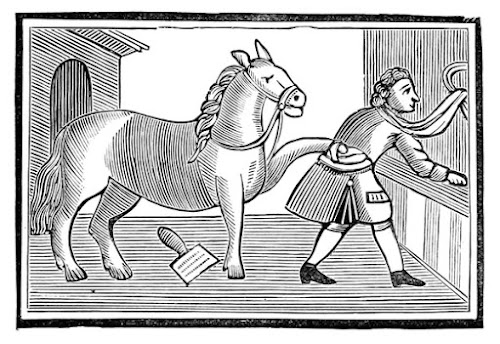 The water wonder or the fishes lords of the creation 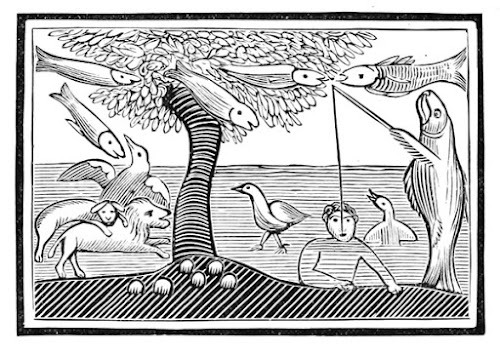 This is the books cover: 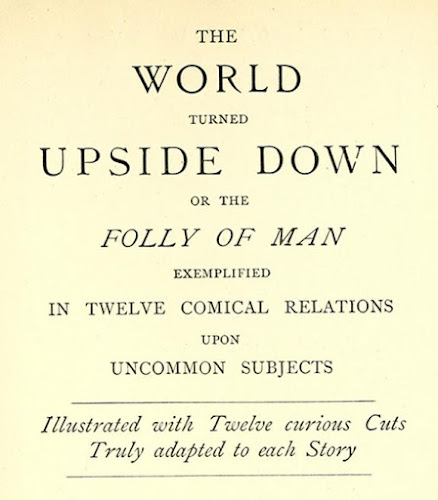 No name of the author or the woodcut artist is given (as far as I can see).
The book also contains a poem which contains the following lines:
"[...]
Experience to our knowledge brings ;
That times may changes as well as things
[...]" 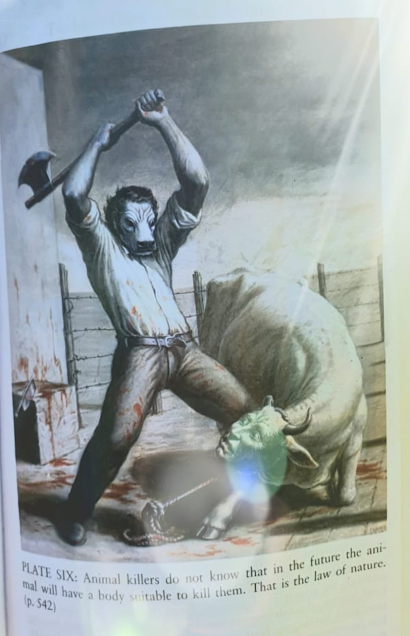