September 14, 2020
Yesterday I came across an old book called "Anecdotes of animals, with pictures by Percy J. Billinghurst" (New York: McLoughlin Bros, 1905). Each anecdote consists of an image and a short text. The very first image - technically on the page before page 1 - belongs to the first anecdote, and as you (like me) might suspect by looking at the picture, this anecdote is not very animal-friendly. It is called "Animal concerts".

An abbot, a man of wit, and skilled in the making of new musical instruments, was ordered by Louis XI., king of France, more in jest than earnest, to procure him a concert of swines' voices. The abbot said that the thing could doubtless be done, but it would cost a good deal of money. The king ordered that he should have as much as he required for the purpose. The abbot then contrived as strange a thing as ever was seen. Out of a great number of hogs of various ages, which he got together under a tent, or pavilion, covered with velvet, and before which he had a table of wood painted with a certain number of keys, he made an organical instrument, and as he played upon the keys with little spikes which pricked the hogs, he made them cry in such order and consonance that he highly delighted the king and all his company.
"

There are two editions of the book. The first edition was published in 1901 ("A hundred anecdotes of animals, with pictures by Percy J. Billinghurst", John Lane, The Bodley Head, London and New York, printed by Ballantyne, Hanson & Co, at the Ballantyne Press - which seemed to have been in Edinburgh (?)). The second edition was published in a slightly different format. In the first edition the "Animal concerts" story is called "Concerts of animals" (page 90).
Cover of the 1901 edition 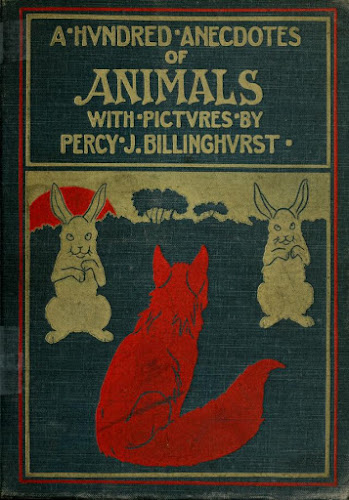 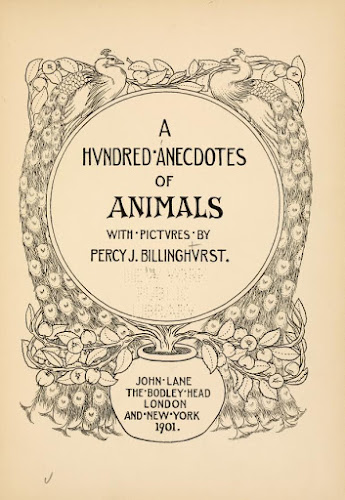 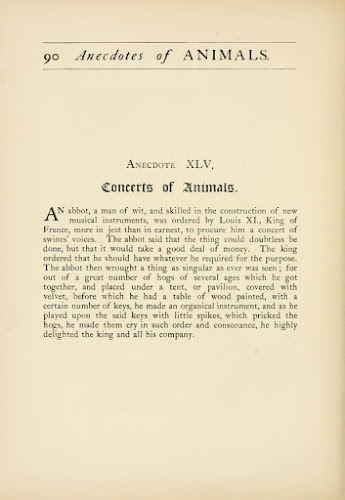 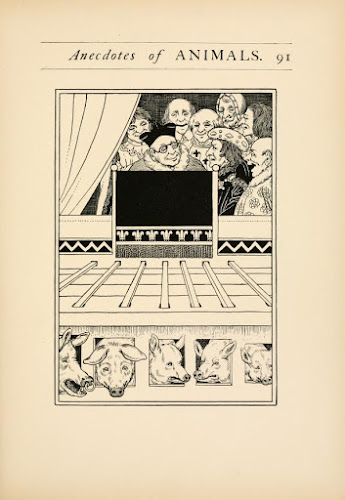 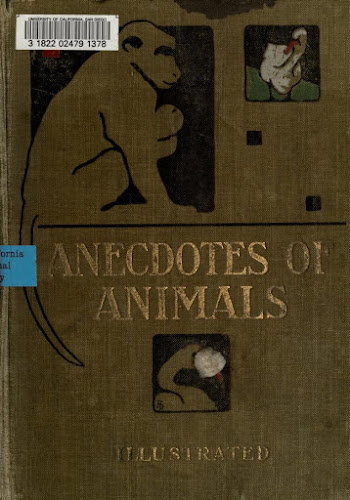 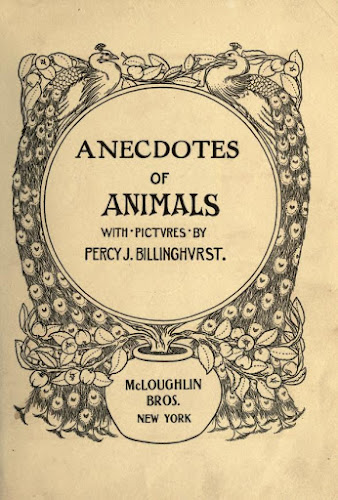 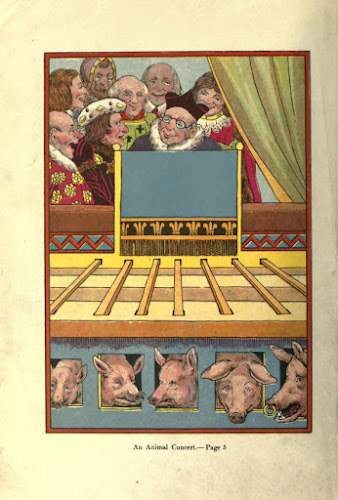 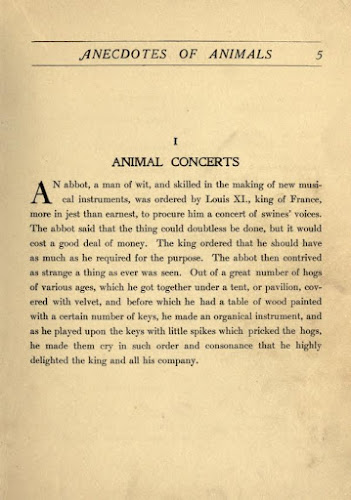 According to Public Domain Review, this book (both editions) "features a hundred [1901 edition: 100; 1905 edition: 75] real or real-ish tales of ingenious, loyal or otherwise extraordinary animals, each enlivened by a wonderful picture from British illustrator Percy J. Billinghurst."
Many of the other stories are about animals altruistically helping humans. Some of the stories, however, are stories of animals hurting other animals for some reason or other - but they do so "intelligently". The main point of the book seems to be to tell stories about animals that show that they are intelligent, that they have minds, that they can think and make plans. Because of this, the above cited story "Animal concert" seems to be somehow out of place with the other stories.