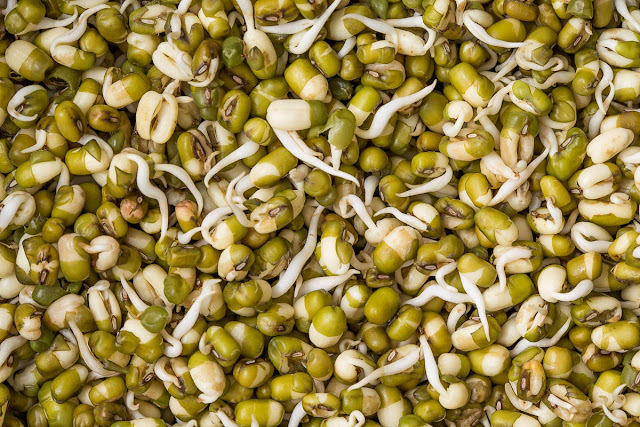 The strongest argument against a 100% raw food diet is the lack of any convincing arguments for such a way of eating.
First, it is important to note that there are many different types of raw food diets: 100% raw or mainly raw food diets, vegan, ovo-lacto-vegetarian, or non-vegetarian raw food diets, fruit-based or sprout-based or raw food diets, and raw foods diets that include or exclude legumes (legume sprouts), grains (sprouts), nuts, cold-pressed oils, cold-pressed juices, spices, etc.
The following text only deals with vegan raw food diets.
Many ideas that are still widespread today, including the idea that a completely raw vegan diet would be the most "natural" diet, and that grains and legumes are not healthy foods, have been around for well over 100 years. What is (and has been) assumed here is there is something like the "natural diet for the human organism" and that this "perfect diet" is also the healthiest diet for all humans. If one follows these (unproven) ideas of a raw vegan diet being "the natural diet" and therefore decides to eat only fruit, vegetables, nuts and seeds, it is likely that the result will be a suboptimal to insufficient intake of certain nutrients - but this can be avoided if the raw vegan diet is well-planned.
Nutrients to consider and possible food/supplement sources (also see my Nutrient recommendations for vegans):

With certain foods it can be recommended to preferentially consume them in their raw form: especially fruit as well as cold-pressed oils, particularly highly unsaturated cold-pressed oils such as flaxseed/linseed oil.
Certain nutrients are more readily absorbed from cooked foods, such as lycopene (from tomatoes) and beta-carotene (provitamin A) (7, 8).
Cooking and bread making with yeast or sourdough improves the absorption of minerals such as iron and zinc from cereals.
Certain foods should NOT be eaten raw (uncooked). These include kidney beans and small red beans, cassava, bamboo shoots and (ideally) mushrooms.
A high intake of fresh fruit can damage your tooth enamel because of the acids in acidic fruit and because of the sugar in fruit which can stick to your teeth. A fluoride-containing toothpaste and practicing good oral hygiene is recommended (9-11). Do not brush your teeth immediately after eating acidic foods such as oranges or grapefruits. Rather rinse your mouth with water before brushing your teeth.
It should be noted that "detoxification phases" ("going through detox") which is often described in the raw food literature usually reflects nutrient deficiencies. That is, if you feel weak and ill after getting on a 100% raw vegan diet, it is not because you are "detoxing" but because your body is not getting enough nutrients. This may be beneficial for very short periods of time - as in fasting - but not for long periods of time.
Typical symptoms of severe underweight, for example, are reduced muscle mass, muscle strength, and bone density, the absence of menstruation (amenorrhoea) (12), a high sensitivity to cold, and a weak immune system.
For athletes who have a very high intake of food and calories it is probably easier to get sufficient amounts of micronutrients (from non-fortified foods) with a 100% raw food diet compared to non-athletes (13) - but this does not apply to vitamin B12 or vitamin D, which are typically practically absent from non-fortified plant foods.

A raw diet, like other healthy diets, can help people to lose excess body weight, which will also result in beneficial effects for artery health (2, 14, 15).
It is particularly important to note that a 100% or predominatly raw food diet is not suitable for babies and toddlers, as their stomach volume is small, which makes it difficult for them to get enough nutrients on a raw diet.
In the case of illness, you should under no circumstance rely on the (believed) "naturalness" and the associated (desired) "healing power" of a raw food diet to cure yourself. Instead, a raw food diet should be very well planned. For children this means that the fibre content (16) of the diet should only be moderate, and for everyone this means that a sufficient intake of calories and the above-mentioned nutrients must be ensured. In children, their growth and mental and physical development must be well monitored (17). In England, the United States, and Germany (and other countries) there have been isolated cases of babies or infants dying as a result of particular raw food diets: for example, a diet consisting mainly of fruit, vegetables, and nuts or a diet of mainly wheatgrass juice, coconut water, and homemade almond milk or a diet of mainly homemade almond milk and coconut milk (18). The lesson to be learned from these cases is not that a raw food diet must be terrible under all circumstances but that a mixture of "nature faith", a raw food diet and a complete rejection of supplements and modern medicine can be a deadly recipe (17).
Some criticism of current health systems is indeed justified, including the near complete absence of some of the most important factors which influence health, namely diet and lifestyle, from the way medicine is often practiced today, the influence of personal greed, egomania, and anti-science attitudes prevalent in medicine as well as the influence of pharmaceutical corporations on medical practice but also scientific research. But a complete rejection of modern medicine can also be very dangerous.
Even before Homo sapiens existed, our ancestors used fire to cook their food. There is nothing to suggest that our species has adapted to a specific dietary pattern over the course of evolution - and that this diet would then be the healthiest one. Unlike wild speculation about human evolution, modern day nutritional epidemiology (nutrition science focused on the effect of diet on health) provides strong scientific evidence which indicates that a plant-based dietary pattern, based on fruit, vegetables, legumes, whole grains, nuts, seeds, and healthy oils, promotes good health, well-being, and longevity (19, 20).

For those interested in raw foods, the book "Becoming raw" by Vesanto Melina and Brenda Davis is highly recommended (21).