Not just the consumer: infrastructural changes are needed in the slaughter industry

"In these extraordinary times, with those in power failing us [...]." The Guardian "make a contribution" blurb

"Not a good day for the slaughter industry." Tagesschau (the German national television news broadcast; 17 June 2020)


In our world in which the COVID-19 pandemic human death toll is racing towards 500,000 (also see WHO 2020), and in which proto-fascist world leaders' latest doings make for acridly stinking news snippets day after day after day - such as Donald Trump's thumbs-up to concentration camps for Muslims, or Xi Jinping's henchpeople assassinating Indian soldiers with sticks with nails in them in the middle of no person's land - there's some fleeting good news ... not in the weather but in the murder category.

An impressive (but very temporary) gleam of improvement is visible in Germany ...

According to Sky News: "Toennies, one of Germany's biggest meat processors, said it had stopped slaughtering on Wednesday and was shutting the abattoir in stages."
And Sky News didn't make this up. More than 650 workers at the meat processing plant in the German small town of Rheda-Wiedenbrück - less than 50 km from where I'm plotting the revolution right now - have been infected with the novel coronavirus (SARS-Cov-2). Around 7,000 workers are in quarantine now.


Why are there so many coronavirus outbreaks in slaughterhouses and meat processing facilities?

What is the slaughter industry?

To put it simply: 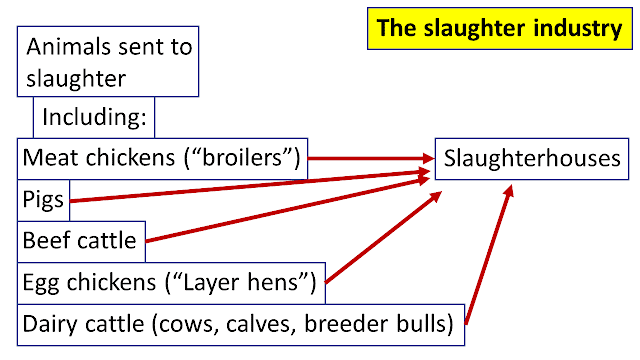 What needs to happen?

To put it simply:
Meat reduction: the amount of meat produced and consumed needs to go down - drastically and fast.


Why does meat production and consumption need to go down?

Well, apart from "concern" regarding the atrocious treatment of animals, and workers ... two major reasons come to mind. COVID-19 is not the only pandemic going on.

Another pandemic is the obesity pandemic. Obesity - on a society level - leads to illness, suffering, and death. Germany is one of the countries that will have to pay the biggest price, money-wise:

"The United States, Germany and the Netherlands will spend the most on obesity,
[…]
While the United States will spend nearly 14% of its health budget on obesity and overweight
[…]
This cost burden is mainly driven by treatment costs for diabetes, cardiovascular diseases (CVDs), dementia and cancer, with 70% of all health expenditure on diabetes being due to overweight." (OECD 2019)


The other thing: climate change not being a bit of a snag but rather being something like the herald of Armageddon, the bell that tolls for your children and your children's children - and quite possible the ticking stopwatch of your own life expectancy.
Climate change makes things warmer, or colder, might cause mass human migrations, maybe some wars, bad harvests, global shifts of diseases, massive increases (or die offs) of certain insects, growing food that just doesn't contain as many health-promoting nutrients anymore, increased air pollution that messes with your lungs and arteries, natural disasters like forest fires, floods, etc. which then might lead to a massive release of toxins from the ground, melting glaciers and polar ice sheets (permafrost), and of the Arctic summer sea ice which will then make the ocean darker which will make it absorb more sunlight (like a black T-shirt) and warm the Earth up faster, and the melting permafrost releases methane which will warm things up faster, and cause faster melting. This again promotes changes in the ocean circulation, increases ocean acidification, more and more extreme weather events, and - one more issue (let's not go into it here) - the rare-in-the-history-of-this-planet mass extinction event of species that is currently under way. (United Nations: Global Sustainable Development Report 2019)

So what do obesity and climate change have to do with meat eating?

The first is easy to answer: obesity pandemic
Speaking on the society level, sitting around all day and eating large amounts of animal-source foods (meat, fish, eggs, dairy), which are practically fibre-free, makes your fibre-deficiency worse, and in plain language makes you fat.

Now, before some well-meaning readers will shout "Whoa, don't discriminate against the adipose tissue-related diverse!" [people with obesity] let me make it clear that discrimination is, by definition, an injustice. The discrimination of people with diabetes, AIDS, cancer, and obesity is unacceptable. And ... diabetes, AIDS, cancer, obesity, etc. are terrible diseases that cause terrible suffering - and that waste a lot of your (taxpayers') money ... money that could be used to promote peace and justice.

"No one doubts the economic costs of obesity [...]

[...]
That the obesity pandemic continues unabated represents a catastrophic failure of government policy, public health, and medicine—but not only of these domains." (Berry 2020)

The second is easy to answer too: climate change
A meat-reducer diet will cause a much smaller amount of greenhouse gas emissions (GHGes). 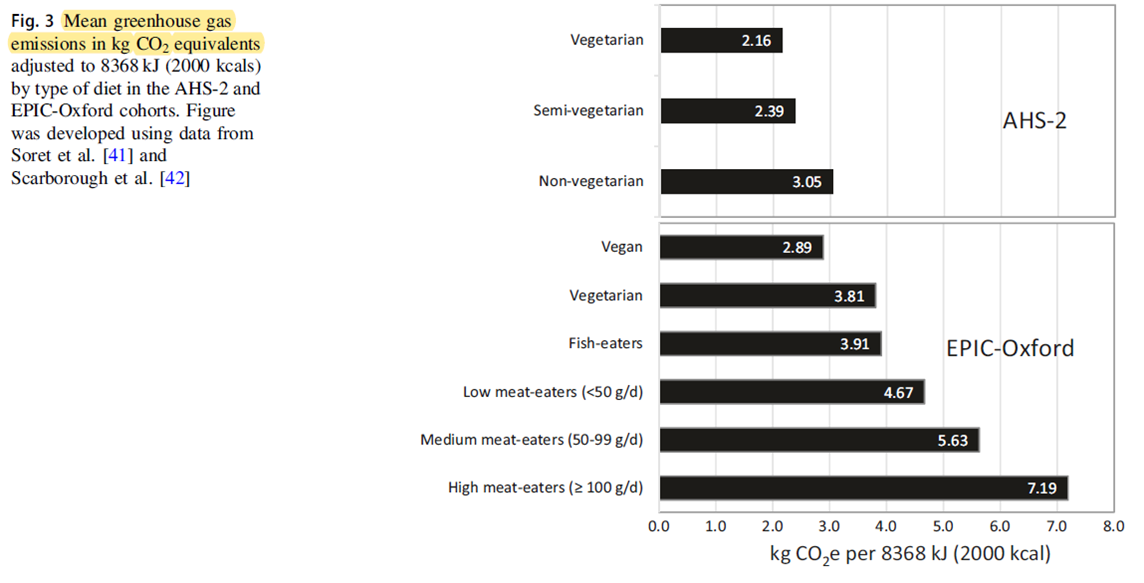 "FAO estimates that emissions from livestock supply chains, including feed production, processing and transport as well as energy used on and off farm and post-farm emissions, account for about 14.5 percent of total anthropogenic emissions." (Acosta et al./FAO 2018) 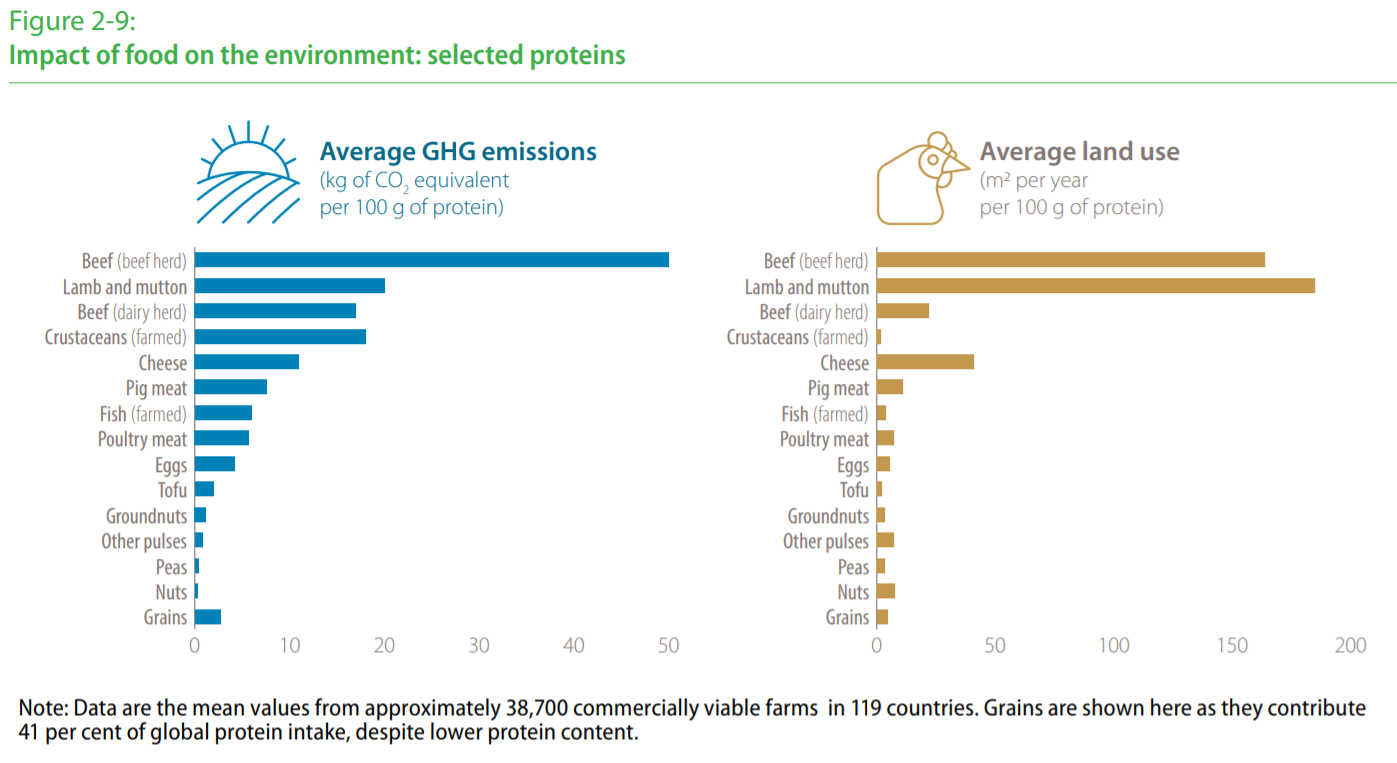 Well, one of the hugest slaughterhouses in Germany is closed temporarily. Slaughter was forcibly shut down by the local government of Gütersloh last Wednesday (17 June 2020). The slaughter will soon begin again ... maybe next Wednesday (24 June 2020), maybe the week after (1 July 2020).

At least some of the pigs on lorries that had been taken to the slaughterhouse were returned and diverted to other slaughterhouses (Tagesschau 17 June 2020).

To wildly paraphrase a famous professor (not mentioned here by name): we must stand on the shoulders of previous generations, we must do away with the atrocities that our parents still accepted, we "must be prepared to continually challenge that which appears to us to be most normal."

Like one local citizen near this huge slaughter facility said:
"I am in any case against this mass slaughter." (Tagesschau 17 June 2020)
It would be nice to reach a critical mass in society, large coalitions of citizens and groups that agree with this statement.
The responsible health minister at the federal state level said: "This example [...] shows that the situation in the slaughter industry in Germany simply cannot go on like this." (Tagesschau 17 June 2020)