DC used to have a clear list of "secret" codes with which the initiated could tell the material of the upper, including "TX" for textile upper, and "SN" for synthetic upper. The abbreviations are still used but not consistently it seems.

Availability: This shoe - "Williams Slim" - seems to have come out in 2019. It's still more or less widely available.

Sizing: Weirdly, there are hardly any reviews of this shoe to be found online. It seems however, that this shoe fits half a US size to one full US size large. That is, I usually wear a US 10, so I would tend to get a US 9 or 9.5. I haven't tried or even seen this shoe in real life, with the shops still being closed. Also a youtube reviewer has mentioned that the heel section is rather heel slippage-prone.

Skateability: Some skate shop website reviews have mentioned that the soles are quite thick which might be an issue for board control - at least before breaking them in. I like the hidden laces, because ripped laces are really annoying.

Fashionability: With corporate non-skate shoe companies now being hip, and DC celebrating a revival, you'll be able to jovially strut (or push) the streets of Barcelona, have a midnight snack at Maoz, giving a pound to your hermanos (and hermanas) - knowing that your 2020 street cred is fully intact.

Colourways: There are some other synthetic colourways not shown below, including shiny silver or shiny gold.

What the DC websites say: Don't let the "Upper: Suede, nubuck, or leather upper [depending on colourway]" confuse you. At least currently, none of  "Williams Slim ADYS100539" that are online on the DC websites seem to have real (animal-source) suede/leather/nubuck. "Nubuck" is also often used as a code word for synthetic leather. Make sure the colourway you like says "Composition
Upper: Synthetic / Lining: Textile / Outsole: Rubber". If in doubt, ask customer service. If you write to the German customer service, you'll be in for a treat, as they only speak French.


Background: DC Shoe Co USA is a modern-day rehash of the original DC Shoe Co USA which was a tech skate shoe company in the 1990s. DC's team included some of the most illustrious names in skating, though they never had Koston. The mid-90s DC team also included Moses Itkonen, an underrated pro from Vancouver, of Mad Circle fame, and a vegan. Possibly due to his influence DC made some synthetic shoes, including the infamous (original 1990s) DC Syntax.
DC is unfortunately not named after "Danny & Collin" but after the (original 1990s) skate clothing company Droors Clothing (currently being rehashed).
Ironically, I don't really remember the original DC Williams. They rather somehow (vaguely) remind me of the 2001 Moses Itkonen Duffs model. (Also see: Moses Itkonen on the DC Euro tour 1997, showing off his trademark 540 ollies)
Now, if you don't know who "Williams" is: Williams of course is Stevie Williams, now multi-millionaire, then (early 1990s) known as Lil' Stevie, an extraordinarily talented skate rat from the city where The Goats come from, i.e. Philadelphia, Pennsylvania, who rode for (the original) Element, probably already back when Element was Underworld (Element), together with Billy Pepper and Andy Stone.

Stevie Williams at LOVE park in Philadelphia in around (I'm guessing) 1993/94. 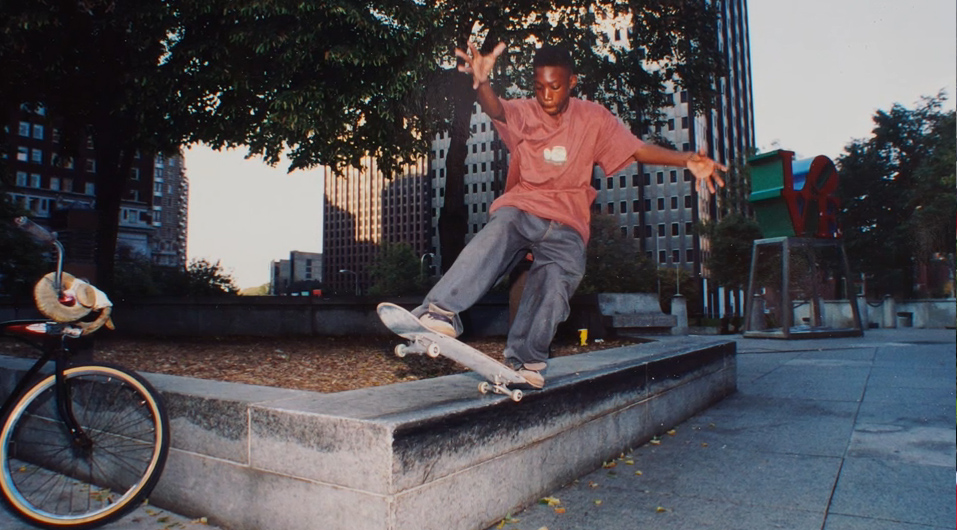 Stevie Williams on the cover of Thrasher (July 2001 issue) 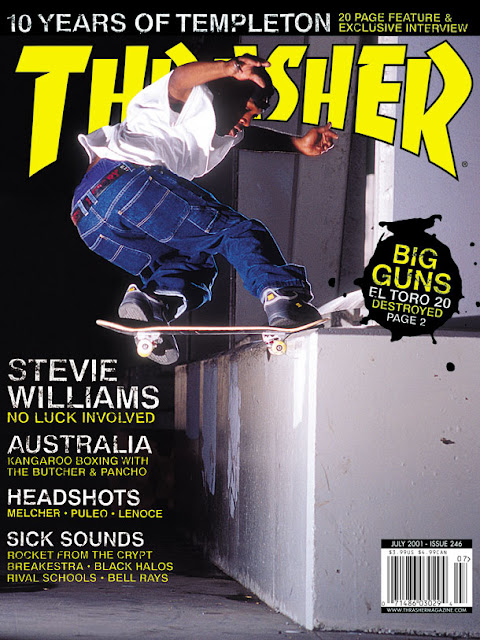 Stevie Williams on the cover of Transworld (June 2004 issue) 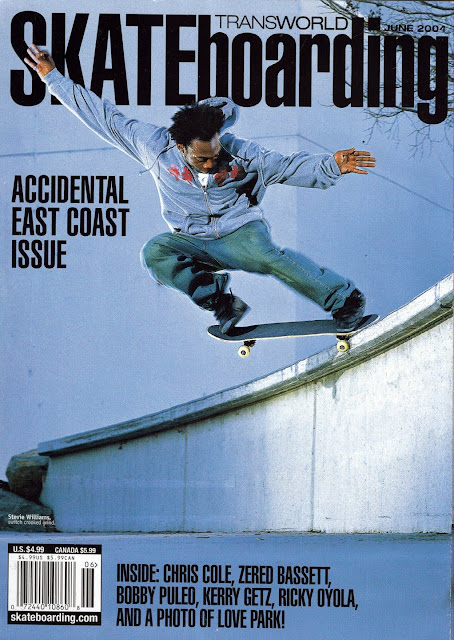