The answer is: No different from non-vegetarian or lacto-ovo-vegetarian children. The World Health Organization (WHO) produces growth charts that consist of curves which show what body height, what body weight and what weight to height ratio babies and children should have at a certain age - roughly speaking - if they are growing and developing healthily.

If you're impatient, just scroll down to the colourful charts below.

These growth charts are called The WHO Child Growth Standards and they are available in English, Spanish, French, Russian, and Chinese.

Where does the WHO get these numbers from? How can we know how children "should" grow??
The answer is: From a group of very well conducted studies with generally well-nourished children in six different countries. The countries are the United States, Brazil, Ghana, Norway, Oman, and India. The studies were conducted from 1997 to 2006 and the children included (more than 8000) were 0 to 5 years old, and they were all breastfed - which is considered ideal for healthy growth and development. In addition, all the children were healthy and didn't have any of the typical negative factors that could impair their growth: exposure to cigarette smoke, severe environmental pollution, or growing up in poverty. The study measured the following: body weight, body height (aka body length in children up to 2 years), head circumference, mean upper arm circumference (aka MUAC), and the thickness of the skin at the upper arm (triceps) and at the shoulder (subscapular). The study also assessed the so-called motor development milestones - these show that not just the child's body is developing normally but also their brain and their abilities to control their movements, etc.
(Background info on the study for nerds and even more background history)

Note, that there are some disadvantages to the WHO growth charts. For example, they didn't include children from China, or from Spain, Thailand, Egypt, etc. ... and of course ethnicity can have an influence on how tall people will get on average. Also note that, of course not all children (or people in general) have the same height, and this is not necessarily due to illness or dietary deficiencies, but just due to ... well everybody being different (different genetics). For example, ethnic northern Europeans tend to be a bit taller than the average person globally.

However, dietary deficiencies - for example in protein, or calories, or vitamins and/or minerals - can impair a child's growth ... and also a child's brain development, intelligence, happiness and future disease risk.
So - as you quite surely know - a healthy diet, and this includes avoiding all nutrient deficiencies - is very very important for babies and children. ... Also, for adolescents, and pretty much everyone, but especially for babies and younger children. Deficiencies at this young age can potentially cause irreversible damage.

Now, let's ignore much of this, and let's just look at the following two things:
- body height
and
- body weight


How should vegan children grow? How tall should they be at what age? How much should they weigh? (yes, actually three questions)

The WHO growth charts can answer these questions.

Note, that other countries often use other charts, specific for their own country's population. For example, the United States like to use their own charts (by the CDC and Harvard), or Germany likes to use their own German growth charts - which are similar but not exactly the same as the international WHO charts.

It is very important that you visit your family doctor/pediatrician with your baby regularly - just like everyone else does with the babies. The doctor can see if your child is developing normally - also using such growth charts among other things. The doctor can also detect whether there are any kind of rare illnesses that have nothing to do with the child's diet. Note, that your family doctor/pediatrician will likely not be able to advise you very well on vegan nutrition - neither for your baby nor for yourself.

OK, so below you can see the charts. Note, that there are different ones for boys and girls.


How tall should your vegan child be?

How to read these charts: The 50th percentile (green line) is something like the average (average height or weight). If your child's values (height or weight) are very far from the 50th percentile, especially if they're below the 5th percentile (somewhere near the lower red line), this could indicate that there is a problem. Your family doctor/pediatrician should be the one you discuss this with. I do recommend choosing a nice and respectful family doctor/pediatrician with integrity and the willingness to help you and your child. 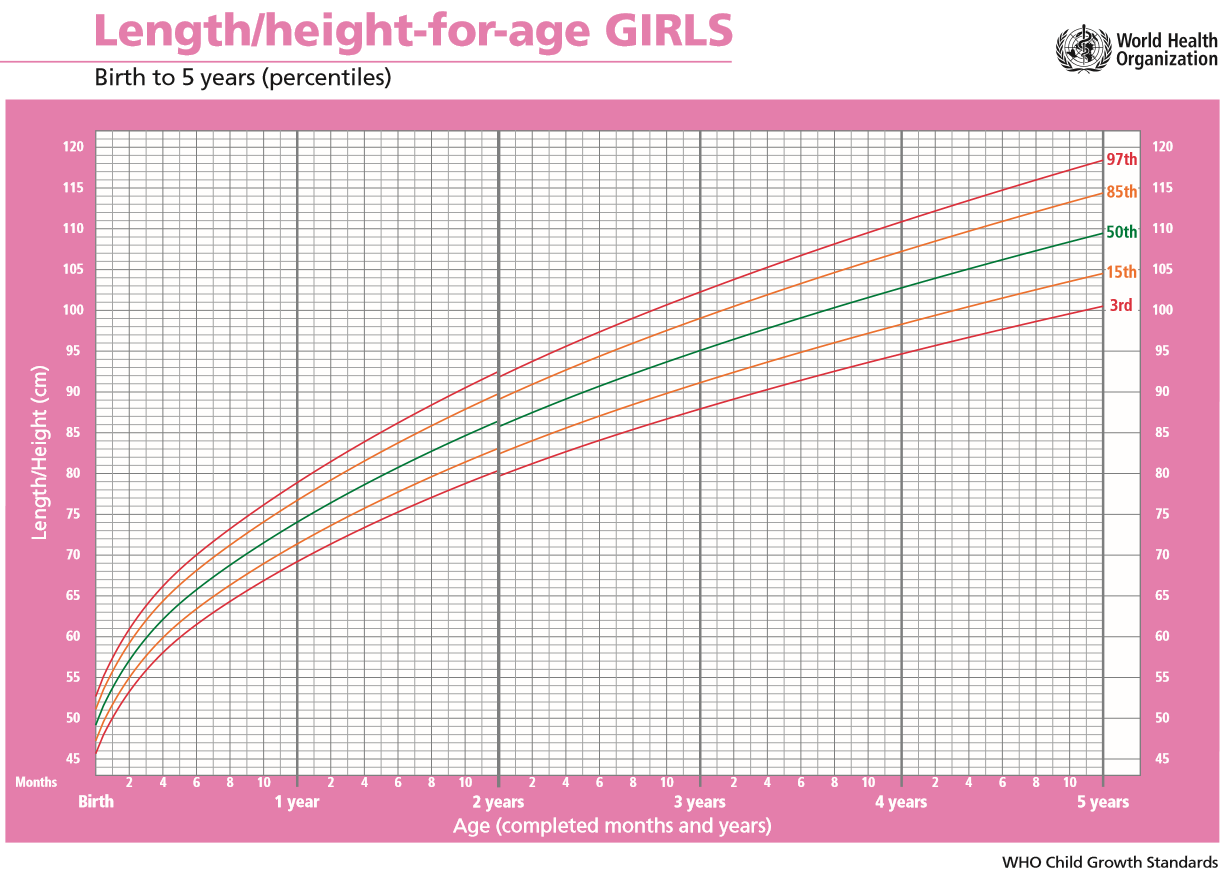 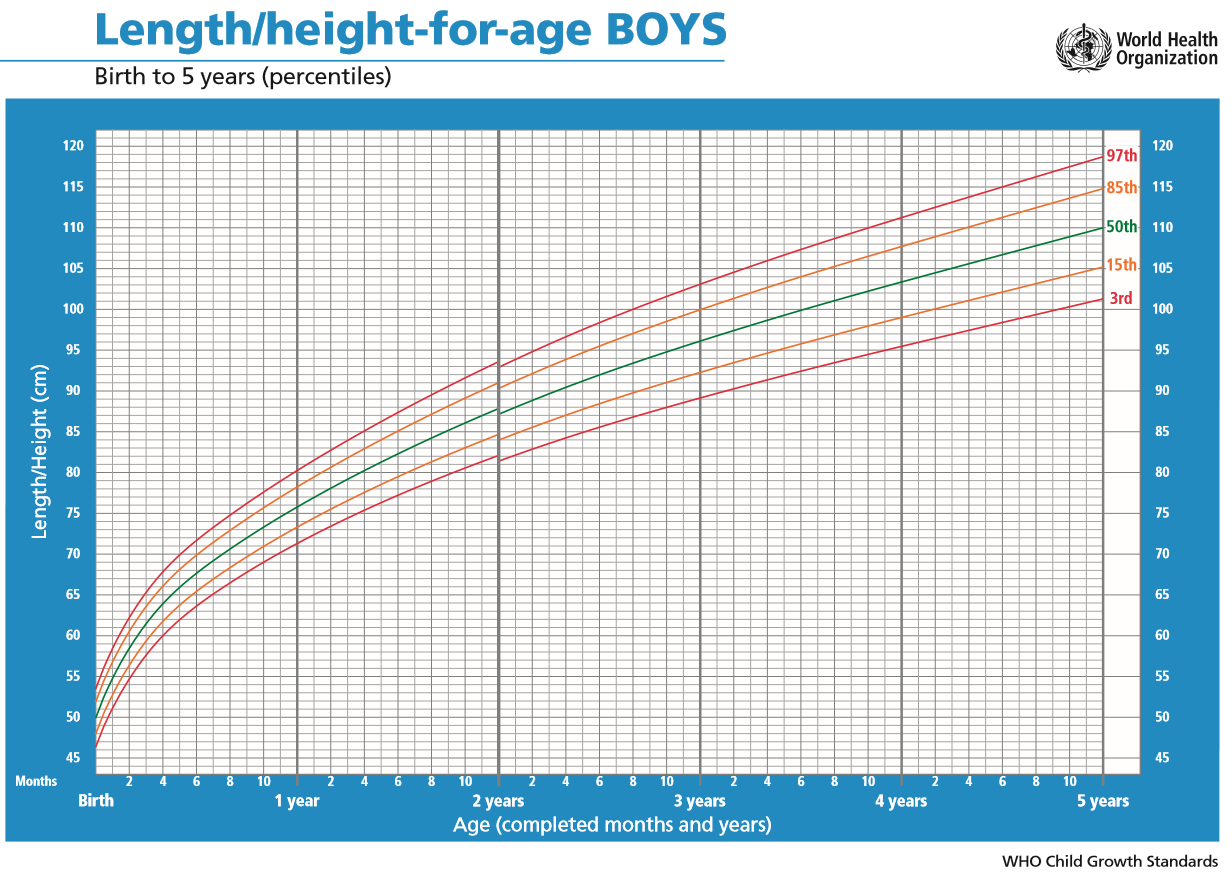 How much should your vegan child weigh? 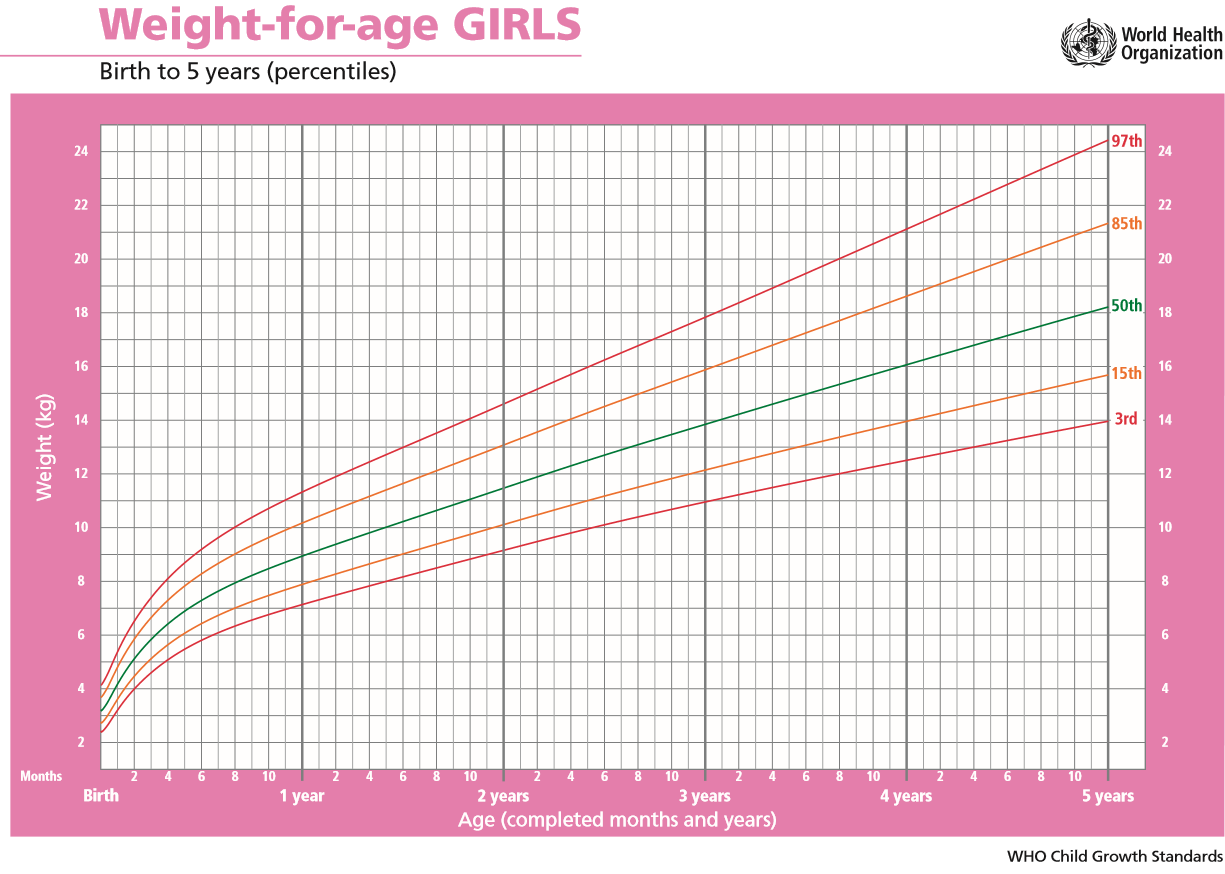 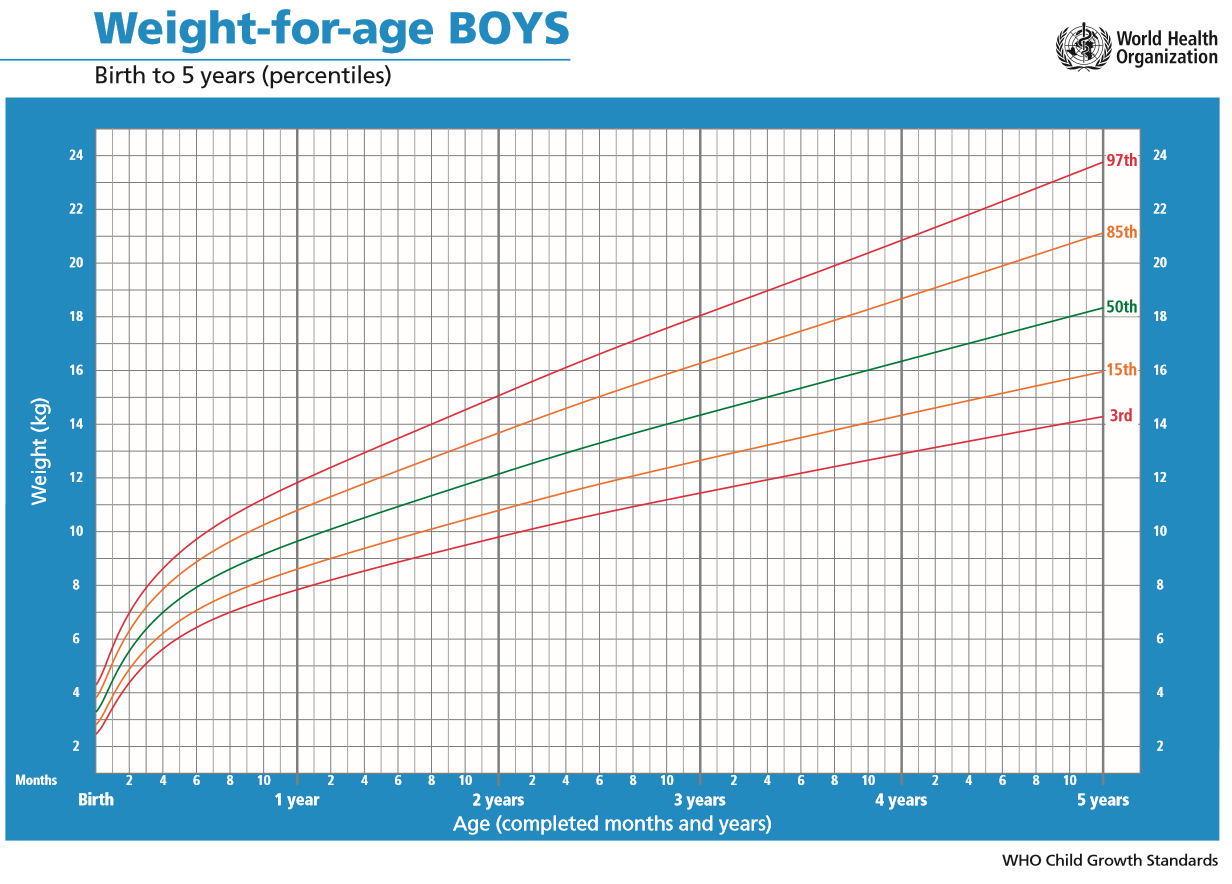 By the way, there have not been many studies looking at how vegan babies and children grow. There have been some from the United States, the United Kingdom, and more recently Germany. What these studies show is in fact that well-nourished vegan children do grow normally. Surprise!
But do keep in mind that nutrient deficiencies really must be avoided. And vitamin B12 is the most important to really pay attention to.

Any always remember, if you need help, ask for help.