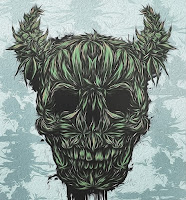 Story:
(Published in the American Journal of Medicine, 12 July 2019, see here):
- 47-year-old woman in France (likely Paris or nearby)
- Vegan diet for 7 years (as reported by the woman’s mother)
- History of psychosis for 5 years (on medication “olanzapine”)
- Severe vitamin B12 deficiency (vitamin B12 blood level < 83 pmo/L); serum homocysteine 80.8 µmol/L)

(- Thyroid stimulating hormone (TSH) level was normal – good, no terrible iodine problems.)
- Examination of the patient included a brain CT scan – which exposes the patient to some radiation (like taking X-rays)
- Diagnosis: B12 deficiency anaemia and psychosis
- Treatment: vitamin B12 supplement (oral: 1,000 µg daily for 10 days; then 1,000 µg every ten days)
- Result: No more B12 deficiency after 3 months, disappearance of psychosis after 6 months (“with control of delirious and negativism behavior”)

Speculations:
- The megaloblastic anaemia makes it seems like she was deficient in B12 but also in folate (folic acid), meaning that her diet lacked vegetables and legumes – which should be a part of any healthy vegan (or any) diet (unless you're allergic). Because of this megaloblastic anaemia is uncommon in B12 deficient vegans. Consuming very little folate would also make the homocysteine levels worse (higher; see above).
- It seems unusual (as in: a bit unlikely) that after only 2 years on a vegan diet, the lack of vitamin B12 would have been the only cause of this woman’s psychosis. Maybe the mother did not remember it correctly. Maybe the woman had been a dietary vegan or near-vegan for longer than  7 years (i.e. 2 years before the psychosis started. Or maybe there was another reason (or several – such a genetic disposition, drugs, trauma, etc.) involved.

Take home message from the authors:
“Sublingual [which is oral too] or oral supplementation is mandatory and effective for vegans.”

P.S.: In 2018 there was a report in the Asian Journal of Psychiatry about a 26-year-old, male dairy-free vegetarian (quite possibly near-vegan or vegan) in India (Karnataka) who also suffered from psychosis due to (or at least associated with) vitamin B12 deficiency. After intramuscular vitamin B12 injections his psychosis improved in 2 weeks. His cognitive deficits improved in one month (see here).

P.P.S: What is psychosis anyway? According to the Merriam-Webster dictionary, psychosis is “a serious mental illness (such as schizophrenia) characterized by defective or lost contact with reality often with hallucinations or delusions”.