Ask the moral philosopher – Q & A with Oscar Horta 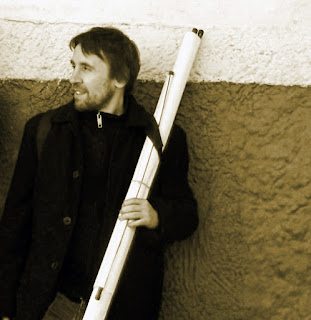 "Morals is about the ultimate reasons why you do things."

Oscar Horta is a professor at the Department of Philosophy and Anthropology at the University of Santiago de Compostela in Spain. He is one of the most legendary thinkers in the areas of antispeciesism and wild animal suffering. And I have asked him some questions.
(Side note: I do not agree with all of his statements.)

1) Do you think that speciesism is the main reason why people choose to eat meat? Isn’t speciesism just one among many reasons?
(Examples for other reasons: selfishness, lack of empathy, lack of motivation to change, fear of change, laziness, …)

Hi! I’d say it’s not that all these reasons you mention are different reasons, they seem to be all intertwined in an attitude of disconcern for some individuals. We were taught since we were born that eating animals is OK, and we just did it, at least until a certain point. Most people never think of it anymore. Others think about it but not enough (as they never get in touch with others who don’t do it). Others, a tiny minority, may think of it and stop doing it, and others stop doing it because they get in touch with people who don’t do it and learn the reasons not to do it if they have. The point why speciesism is virtually always a part of eating meat is that those who eat animals would almost never want to eat humans.

2) Would you defend the idea that helping others is a moral duty? If so, why?

I don’t speak in terms of “moral duties”. But I’d say that the reasons not to inflict a certain harm to others are just as strong as the reasons to help them not to suffer a similar harm. If you believe you have a duty not to kill someone, even if that would cause you some benefit I think you should believe you have a similar duty to save that individual’s life, even if that means failing to get a benefit just as big as in the case of the killing. The reason is that the point of not harming someone should not be that you are the cause of the harm. That should not be relevant. The point is that such a harm should be avoided, and that happens in the same way if you are not the one who can harm someone but the one who can stop the harm from occurring.

3) One more question about moral duties: Would you agree that if we promote the idea that people should switch to a vegan diet (“go vegan”) then we must also offer reliable nutrition information about how to stay healthy on such a diet? Do you see this as a moral duty?

I think it may be useful to offer that information. But I don’t think doing that is a moral duty. Suppose someone has a liver condition that can be cured by getting a transplant, but there’s no donor. Suppose that person plans to kidnap you to kill you and get your liver transplanted. We can try to convince that person not to do so without that meaning that we have a moral duty to explain to him or her other ways to try to stay healthy without kidnapping others.

4) A question about environmentalism: The word “environmentalism” can have a few different meanings, for example according to the Merriam Webster dictionary environmentalism can be defined as an “advocacy of the preservation, restoration, or improvement of the natural environment; especially: the movement to control pollution”. This definition contains quite a few different ideas. Could you tell us which – if any – of these ideas you would support?
(For example, water pollution from mining, tanneries or other industries does harm human health and it also harms and kills many free-living non-human animals.)

That definition is vague, and it doesn’t address the reasons to do those kinds of things. I think that preserving the natural environment may in some cases be positive if that means that sentient individuals live better lives than they would otherwise, but in other cases transforming the environment would be better if it means improving the lives of sentient beings. Building some shelter for some animals means transforming the environment, which is no longer natural, in a way that makes the situation better for sentient beings (just as providing animals with treatments against disease which may save their lives is unnatural but very good). There are many examples of actions that can change the environment but are good for animals. Studying this issue more would bring us more information about how to best do this. Similarly, if pollution is worse for animals, then it’s a bad thing. But we must reject the idyllic view of nature that claims that we should conserve ecosystems because the lives of animals are great there, as the latter is not the case. As for restoration efforts, they are bad for animals when they involve killing them and when they involve relocating certain animals (which is bad for them) and which on top of that will harm other animals.

5) If a large portion of the capacity to feel empathy for the animals who are killed in slaughterhouses is determined genetically, what could we do to convince people who feel no such empathy that slaughtering animals is wrong?
(Explanation: Some people feel empathy when they see an animal being slaughtered, but some people do not. They seem less “sensitive”. They might feel “nothing”, or they might feel disgust instead of empathy.)

I think it’s difficult to say that someone’s lack of the capacity to feel empathy to slaughtered animals is genetically determined, rather than caused by other factors. Anyway, while empathy for animals can be useful to promote respect for them, it’s not necessary for that matter. In my own case, for instance, the reason why I decided to go vegan was that I was presented with what I saw as strong arguments to do so, not that I was feeling empathy towards nonhuman animals. Other people report similar experiences, too.

6) A follow-up question to the last question: Do you think that a large percentage of humans can be reached by addressing moral behaviour?
(Maybe many people lack sufficient intelligence and/or a sufficient capacity to feel empathy.)

Morals is about the ultimate reasons why you do things. Everyone has their own morals. Most people’s morals are very strongly conditioned by the prevalent ideas in the societies where they grew up and live about what is acceptable to do and not to do. Changing those prevalent ideas thus seems to be the key. With regards to speciesism, that is what we are actually doing now. But it is not that right now we are trying to reach a large percentage of humans, rather, at this point we are reaching those who are open to change their attitudes (and then, their behaviours). The number of people who make that change is growing, which also contributes to changing the general way of thinking regarding speciesism, thus making it easier to reach more new people, etc.

7) Do you think that it would be helpful if more activists were to become academics? Or would this just be a waste of time in many cases?

It would be helpful because academics are in a situation in which they can be quite influential. Of course, for this to happen their research and teaching needs to be focused on issues that can be helpful to making a change.
8) Another question I have been thinking about for a while: If we ask other people to become activists – even if the real-life effects of this activism are dubious – isn’t this like asking these people to waste their lives? And isn’t this immoral?

I don’t think so because the real-life effects of activism are more important for the animals we are defending than the reduction in the wellbeing of the activists. In the case of speciesism, we are achieving very significant changes thanks to activism. We can see this when we consider how the situation has shifted, dramatically, with respect to attitudes towards speciesism in the last decades. So, I don’t believe they are wasting their lives at all: They are using their lives for a good purpose, even if it does not benefit them, but others. Of course, the situation would be different if you were pretty sure that someone is going to carry out activities which will have bad consequences out of a poor understanding of what strategies are good and what strategies are counterproductive.

9) How has the feedback been to your new book about taking a stand for animals?
(Un paso adelante en defensa de los animales, published in 2017, currently available in Spanish only)

I hope the English translation will be available soon, hopefully in 2019. It has been having a good impact in the Spanish speaking world so far, where I’ve been presenting it in several different countries. Thanks for your interest in this!

10) Which topic do you think should be addressed more if we want to create a better world for animals?

I think it’s important to think in terms of the future. Most people tend to focus only on those who live in the present or who will live in the near future. I believe that is a mistake. There will be animals living in the future who will need our help just as those who exist now.
We should also care about animals living in the wild just as we care about those who are exploited by humans. Their interests count as much as those of the animals that are being exploited, and they suffer very significant harms not just due to human action, but also for other reasons, as it is explained here. Fortunately, there are different courses of action that can be (and have been) implemented in order to aid them.
It would also be important to take into account invertebrates much more than they are taken into account today, as currently there is a focus on vertebrates (especially mammals and birds) in activism. There are strong reasons to regard many (maybe most) invertebrates as sentient, and their numbers are staggering.
Finally, I think we should be more concerned with changes of attitudes, rather than only with changes of behaviors. Due to this, focusing on speciesism seems like an important and necessary shift. We must bear in mind that the consequences of speciesism are not limited to animal exploitation alone.
Thanks so much for these questions!