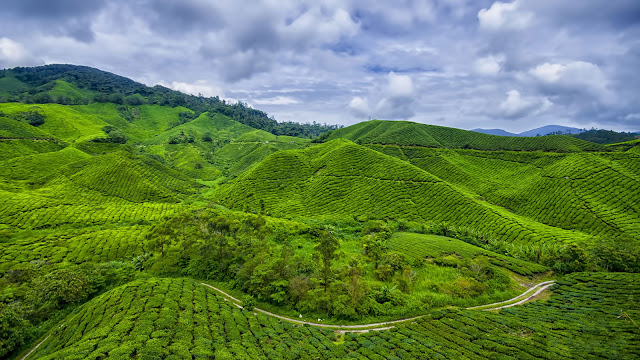 Cameroon unfortunately is a country suffering from extreme violence – committed by terrorist groups and so-called anti-terrorist government troops (not that I know much about it at all).

Amidst all this unnecessary human suffering and violent deaths… Cameroon has become what appears to be the first country in the world to start a national programme of fortifying flour with vitamin B12.

This is amazing news. Many people all over the world are suffering from dietary vitamin B12 deficiency because they cannot afford or have not access to vitamin B12 rich foods like meat, dairy or B12 fortified foods.
Now you might have noticed that I don’t really promote the eating of meat and dairy. And Cameroon is probably not the country with the highest number or percentage of vegans. But for those who care about vegan nutrition – and those who indulge in the occasional daydream of veganism or veganish-ism one day becoming mainstream, but really mainstream, and globally – this is a precedent.

This is what the formidable Food Fortification Initiative (FFI) wrote in their June 2017 newsletter (Yes, I’m late to the party):

“Cameroon Reports Improvements in Four Nutrients
Cameroon’s national, mandatory wheat flour fortification program led to an improvement in iron, zinc, folate, and vitamin B12 status among women and children in urban areas, according to a study recently published in The Journal of Nutrition. Maternal anemia prevalence was also significantly lower after fortification.
While fortifying flour with vitamin B12 has been shown to have an impact in controlled settings, this is the first evidence that fortifying wheat flour with vitamin B12 is effective in a mandatory, national program.”


As you can see from the title of the article, the effects of the vitamin B12 fortified flour was tested in two cities in Cameroon: Yaoundé and Douala.

Speaking of Douala: There is a 100% vegan restaurant there called “Vegan Grill Ndokoti”. Check out their Facebook page.

Cameroon has set an amazing pioneering example. And I hope that many countries will follow this example, first of all India, and central American countries, South American countries, all countries. And remember who did it first: Cameroon.
This will surely alleviate and prevent the suffering of many Cameroonian citizens, especially babies, children, and young women – often the ones who suffer the most. The right to access to adequate nutrition is a human right. Living in peace and being respected, no one attacking you, raping you, killing you, kidnapping you are human rights. May the future where all this will be a reality for Cameroon come soon.

Now, these are direct quotes from the study – for those of you who are REALLY interested, for lovers and connoisseurs only:
“Mean plasma and breast-milk vitamin B-12 concentrations were >50% greater postfortification.”

“Information on program effectiveness is particularly scant for nutrients such as zinc, vitamin B-12”

“The objectives of the present analyses were […] evaluate the change in indicators of micronutrient status (iron, zinc, folate, and vitamin B-12) from 2009 to 2012 (i.e., 2 y before and 1 y after the introduction of fortified wheat flour”


“In Yaoundé and Douala before fortification, almost half of women and children were anemic, and deficiencies in iron and zinc were common (Tables 4 and 5). Low plasma folate and vitamin B-12 concentrations were less common but still present, particularly for folate among women.”

“In linear regression models, there was a significant interaction between survey year and the frequency of flour intake in predicting plasma vitamin B-12 concentrations in women


Mean and standard error, before (2009) and after (2012) vitamin B12 fortification of wheat flour in Cameroon:


“Particularly large differences were observed in indicators of folate and vitamin B-12 status. The positive relation between flour consumption and vitamin B-12 biomarkers postfortification,


but not prefortification, suggested that the change in status was related to the consumption of fortified flour, although this relation was not observed for other nutrients”

“Postfortification, wheat flour intake was positively associated with maternal plasma folate and with plasma vitamin B-12 among women and children. However, such a relation is insufficient to assess whether changes in micronutrient status are attributable to a fortification program because we previously observed correlations between micronutrient biomarkers and fortifiable food intake before fortification, likely due to underlying factors such as socioeconomic status”

“Nevertheless, the observed relations between plasma vitamin B-12 and flour intake in different survey years are consistent with a dose response relation between flour intake and vitamin B-12


status that appeared only after fortification. The interaction between milk vitamin B-12 and flour consumption appears to be inconsistent but is difficult to interpret due to the small baseline sample size.”


that we observed postfortification surpassed the effects observed in supplementation studies (34), which could be related to greater vitamin B-12 absorption from small frequent doses than


from larger, less frequent supplemental doses. In summary, we observed greater iron, zinc, folate, and vitamin B-12 status and a lower prevalence of deficiencies of these micronutrients among women of reproductive age and children aged 12–59 mo in urban Cameroon, and a slightly


lower prevalence of anemia among women, 1 y after the introduction of mandatory wheat flour fortification with micronutrients.”


I thank the amazing researchers, Engle-Stone et al., for publishing this amazing article. I thank whoever was responsible for starting this flour fortification programme. I thank the FFI for letting me know about this. And I thank you, the dear reader. 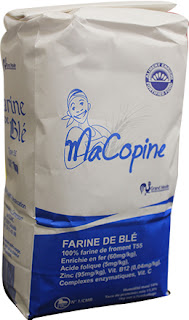 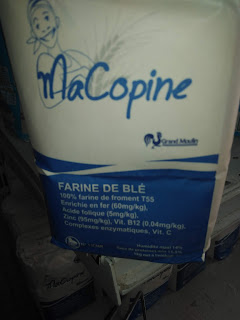 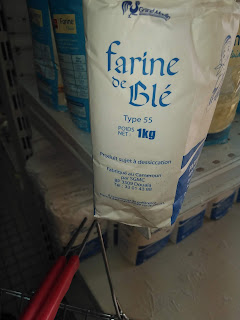 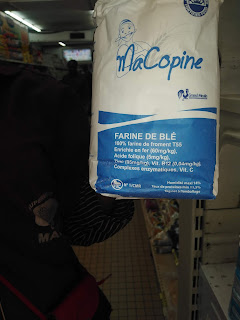