The world's first book on veganism in Arabic

Sharbel Balloutine (pictured on the cover) from Haifa, Israel, has published what seems to be the first book on the topic of veganism written in Arabic (1, 2). This news is not literally all that new, as the book was published in 2012. The translation of the book's title is roughly "Veganism - a sublime way for humans to treat the earth and animals" (1, 3)
(الخُضريّة - تعامل أسمى للإنسان مع الأرض والحيوان). The book is self-published by the author (1). 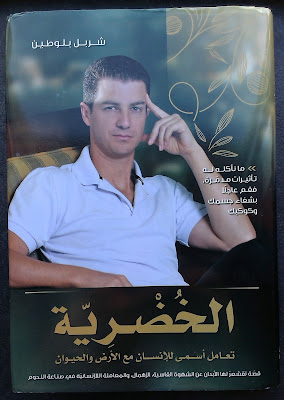 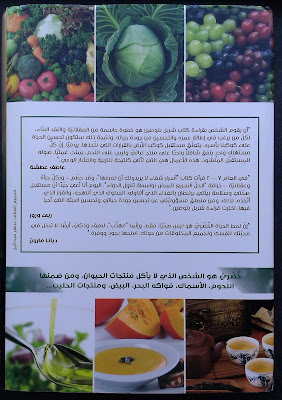 Sharbel Balloutine has also coined what seems to be the first word/words in Arabic for "vegan". He has coined the following words:

"al" or "el" is the definite article like "the" in English. The last two words - for "vegan woman" and "veganism" - are the same. In Arabic it isn't uncommon for a female person and the name of a movement - like veganism - to have the same name (3).

The Arabic word for "vegetarian" is "nabati".

There is a wikipedia-article about Sharbel Balloutine, and also one about the book (both in Arabic).

Thank you to Sharbel Balloutine for the information and for publishing this historic work!