April 05, 2013
Mike D is my greatest hero. So allow me to be frank, because it sometimes is important to be earnest as well as frank, candid. 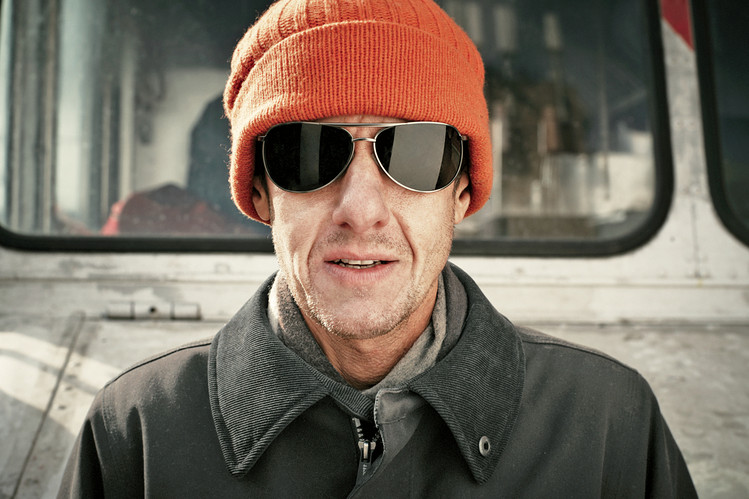 Mike D - since last November, on his 46th birthday - has been helping to serve more than 19,000 free hot meals to people in Rockaway Beach (NYC) who have lost power or their entire homes due to Hurricane Sandy. The meals were (and are) served by "restaurant Robert McKinley's Rockaway Plate Lunch food truck, in partnership with some of the city's top chefs" and Mike D.


As Mike D reported there wasn't much time to plan: "We saw right away all these people living without any power, without any businesses being open, and therefore, no food. We saw the immediate need for warm food, but we didn’t have time to put together a long-term cohesive plan, we just had to react quickly."

Fortunately they opted for beans but unfortunately they opted for chicken. Mike D reports:
"Its a really hearty meal of chicken, beans, rice and vegetables. A very complete, warm, flavorful meal, and certainly a lot more nutritious and balanced than a fast food option. We were conscious of giving people something that they were familiar with but at the same time was hearty and warm." 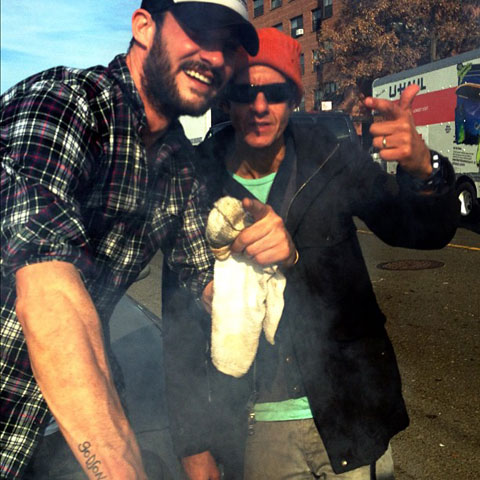 It's great they're helping people and very considerate to offer them something "familiar". But it isn't a good choice to choose chicken. Here's why:


So what's the point of this note? Maybe there wasn't enough time to plan a fancy schmancy vegan meal. The point is not to criticize Mike D or the serving of these meals. The point is that it would have been much much better to serve vegan food. Hurricane Sandy was not the last hurricane. There is a natural disaster probably coming to somewhere near your town any time soon. So it's time for emergency food kitchens to change up their style. Right? 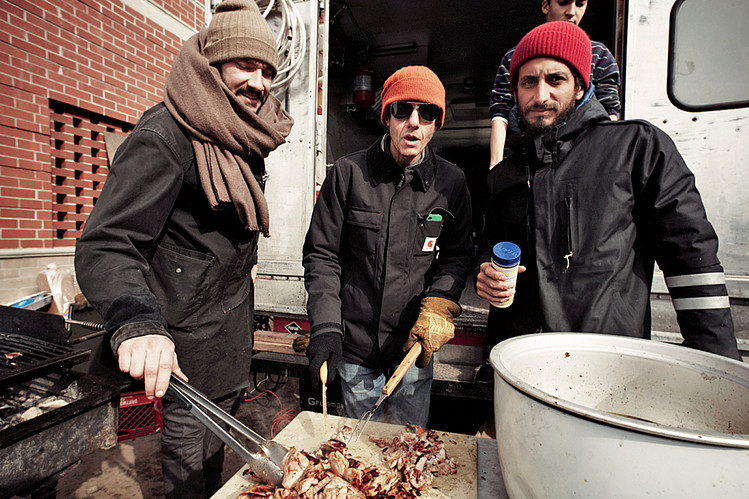 The Beastie Boys have a long tradition of at least marginally also including nonhuman animals into their range of awareness. Mike D is/was a vegetarian (and was vegan for a while in the late 90s). He's "radical" enough to raise his kids vegetarian (unless I'm wrong*).

Like SPIN wrote "It's heart- (and tummy-) warming stuff, and you can only hope the next generation of hip-hop and pop provocateurs eventually follows Mike D's lead."

It's very polite of Mike D not to push his own views (that I assume he has*), that vegetarianism is a better option and that nonhuman animals should also be considered, into people's faces. But there is so much at stake. It would be great if soup kitchens and organizations that provide meals in emergency situations would be open to progress in this direction. Many meat alternatives are easy to get, convincingly similar to meat, cheap, suitable for most people, nutritious, and have a long shelf life and can be stored in large quantities ahead of time.

Like Mike D said: "I try to keep my life non-violent."
Like Adam Yauch said: "There is a path for the good for all."

It's isn't about purity, or about who's right or wrong. It's about making and promoting more non-violent choices where these exist. 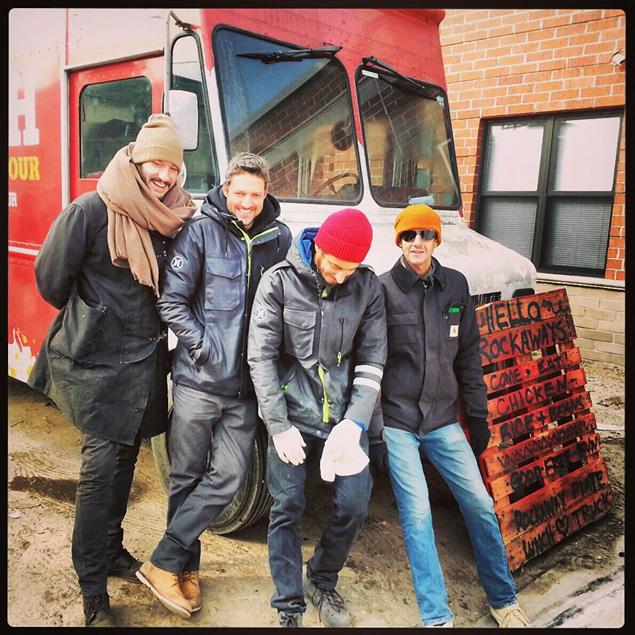 "GOOD: Do you have a favorite food lyric?
Mike D: Rakim’s 'fish, which is my favorite dish.'"

Mike D, come on. It's funny yes, but you know you're standing on a soap box.

*UPDATE June 12, 2013: Although Mike D and family still seem to have vegetarian leanings he seems to eat fish now (as per New York Times).