Empathy with animals: Rosa Luxemburg and the buffaloes (1917)

March 14, 2012
German original
Updated 16 November 2020
Rosa Luxemburg:
A letter from prison to Sonia Liebknecht,
Breslau (now Wrocław, Poland), Mid December, 1917
Rosa Luxemburg was a Polish-German socialist and anti-war activist. In the following letter she beautifully expresses her empathy and solidarity with several buffaloes who were being beaten in the courtyard of the prison where she was held captive. (I don't know of any references to Rosa Luxemburg that mention vegetarianism, so I do not think that she was a vegetarian.) Because of her political activism, in January 1919, Rosa Luxemburg was captured, interrogated, severely beaten, and murdered, in Berlin, by members of a soldiers' organization, who then dumped her body in a canal. The same group was also reponsible for the murder of the German socialist Karl Liebknecht, the husband of Sophia (Sonia) Liebknecht to whom the letter below (and many other letters by Rosa Luxemburg) is addressed.
Originally (in 2012) I had posted the English translation of this text from marxists.org (which seems to be a translation from 1921), and I had already made some corrections to the "marxists.org" version. Some of these were true translation errors, and some were more stylistic differences. My translation may be a bit (too) literal for some people's taste. Now I have revised the text a second time, as two slightly different versions of this letter have been published in German: the first version was published in 1920 (by the "executive committee of the communist youth international", as a "second edition"; so the first edition might have already been published in 1919) - this version, however, is an abbreviated version. The second version is the version of the German editorial "Dietz Verlag" (originally published in 1946) who have published Rosa Luxemburg's complete works. I suspect that this second version is true to the original version (but only content-wise, not in terms of punctuation). I have asked the editorial but have received no reply. The version below is my translation of the "Dietz Verlag" version on the basis of the English translation on marxists.org (the 1920 version). This may sound adventurous, but the differences in the two versions are (apart from punctuation which in part gets lost with translation anyway) just the sections highlighted in yellow below (yellow means "Dietz Verlag" 2006 version; the 1920 version says "dull" instead of "voiceless"). I'm quite confident that the version below now is very close to the German original as it was written by Rosa Luxemburg, even if both published versions in German do not seem to be the exact original.
Note that this is just an excerpt from the letter. 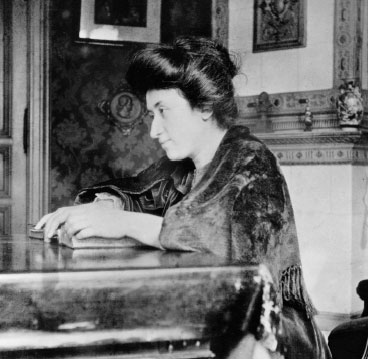 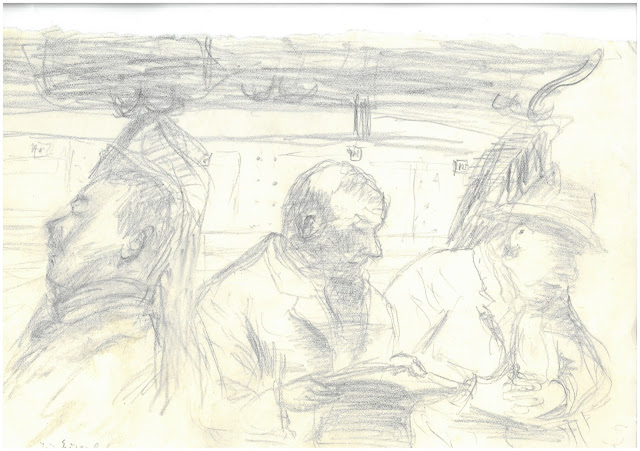 Watercolour by Rosa Luxemburg (no year) 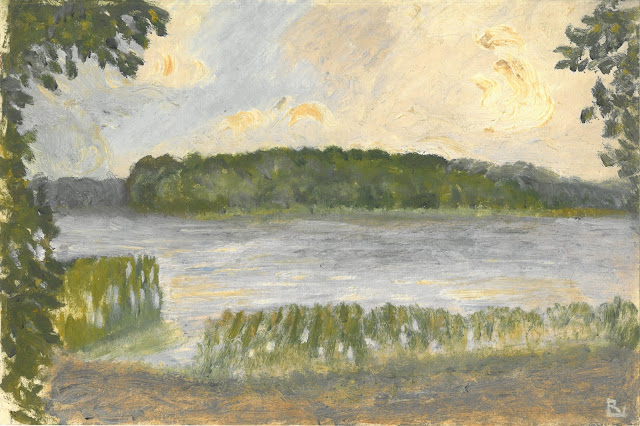