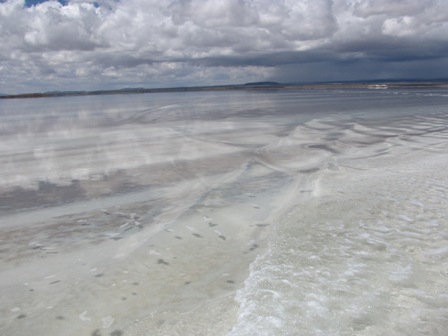 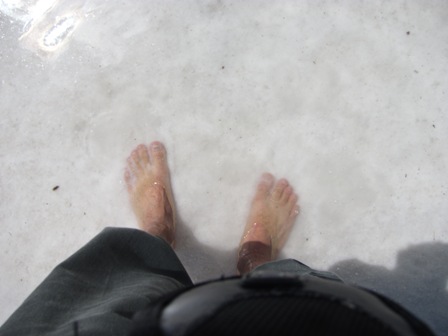 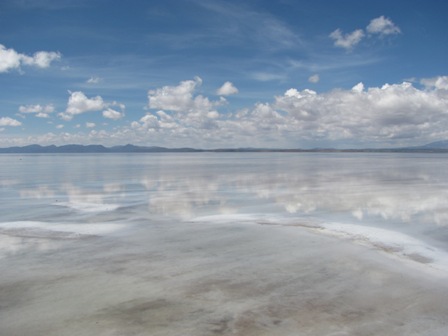 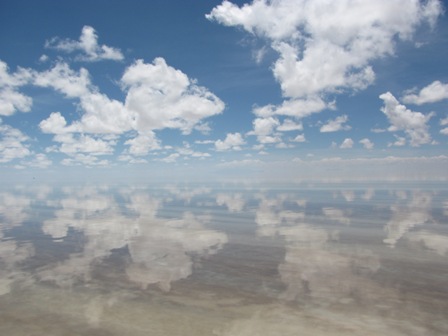 Uyuni is pretty boring and very touristy (like San Pedro de Atacama). I saw one restaurant with a "vegetarian food" sign. The maps say that there is a bus terminal, but the "terminal" is just a street with travel agencies on both sides.
Whenever I asked for bread in La Paz, they said it was without anything. I asked a few street vendors in Uyuni and they all said the bread contained "manteca" (which could refer to anything from lard to butter, or vegetable shortening - not sure). The bread below had only oil and was very oily. Either this bread or some mildy cooked vegetables on the one day tour I did caused me some digestive problems later.

I did a one day tour with CRISTAL, it was 180 Bs. To my surprise when I booked the tour, they asked if I wanted vegetarian food or "normal". I asked what the vegetarian food was, and they said it was avocado and and salad of just vegetables. I asked whether this had any eggs or dairy or meat or fish, and they said no. So I ordered vegetarian. The stops of the tour where the train cemetary just outside of town (boring as expected), a village with gift shops (To pass the time I asked the vendors whether the synthetic "alpaca" hats they were selling were wool or synthetic. They all replied "100% alpaca". They also sold real alpaca clothes which looked very different from the (I assume) completely synthetic ones (that are probably from China). Maybe one day they'll start using a plant to make clothes instead of killing animals to make ugly hippie sweaters and hats for rich 20 somethings on world tours. At this village we also had lunch. I said I had ordered vegetarian food and the driver said, no, no one had told him, and there was nothing, and if I wanted chicken. He also said that they would always forget everything. I had expected this, of course, and had my own food anyway.) - the third stop was the actual salar which was all under water (amazing). 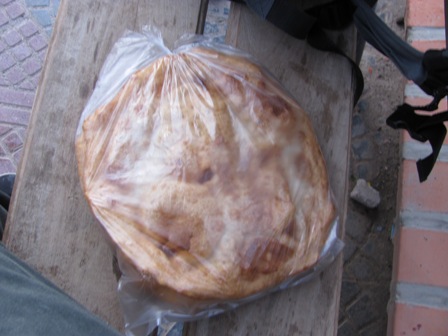