Angela Davis says she is vegan.

October 01, 2011
"Angela Davis: Le combat continue"
... is a 40 minute 2011 documentary about Angela Davis - you can hear her speak in English but as it's dubbed into German you cannot always hear the English original. At 36:36 min she says that she is vegan.


Update 2014:
See this blog post: http://academicabolitionistvegan.blogspot.com/2014/01/vegan-angela-davis-connects-human-and.html
or this one: http://kvarm.wordpress.com/2014/02/01/angela-davis-revolution/
or the original transcript: http://www.radioproject.org/2012/02/grace-lee-boggs-berkeley/
... confirming that Angela Davis is vegan, also some very interesting quotes by her (from the 27th Empowering Women of Color Conference, 2 March 2012) 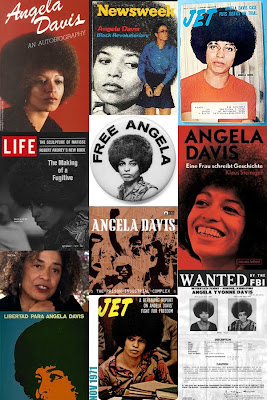