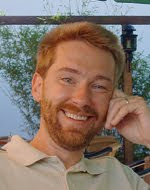 Matt Ball is cofounder and executive director of Vegan Outreach.

1) Since when have you been vegan and why did you become vegan?

I became a vegetarian in the late 1980s, under the influence of my first college roommate, Fred. I became vegan a year or two later, after I met Mark, the first vegan I’d known personally.

2) Many vegan advocates, including Vegan Outreach, say that going vegan or reducing our consumption of animal products will directly save lives. Is this really true? Don’t subsidies keep the number of animals killed up artificially, even if demand drops?

3) Vegan Outreach focuses on leafleting to college students, and you estimate that about 1–3% of people who take a brochure will actually change their diet. Can we somehow increase this percentage by targeting different and maybe more open audiences with specific material?

There is a trade-off on cost and specificity. We could, for example, hand out full-color books which might have a higher change rate, but only afford to hand out 1/100th the number. Or we could hand out many more one-page black-and-white leaflets, but they wouldn’t have the power to move people to make real change.

Everything is subject to a cost/benefit analysis. Vegan Outreach does, for example, have a music-specific cover for leafleting the Warped Tour in the summer, and we have both Even If You Like Meat and Compassionate Choices for leafleting. But we have to realize that there is no magic message that will move everyone. We have to reach those willing to change, and realize that no matter what tactic or message, this is only a fraction of people. 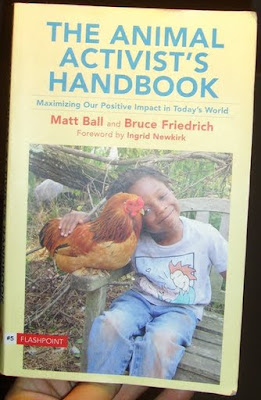 4) New figures show that about 2% of the U.S. population eats a vegan diet (not counting honey). I assume this is the highest percentage anywhere in the world. Is this Vegan Outreach’s work? How can other countries catch up?

I don’t know if the U.S. is highest; the U.K. might have a higher percentage. I know Vegan Outreach’s work is changing a lot of people, and that this type of grassroots education is really important in increasing the number of people who choose a compassionate diet.

The U.S. may be able to provide a good example of the importance of changing advocacy focus. For many years, the focus here was on fur and vivisection, and the number of animals killed every year skyrocketed (land animals slaughtered went up by many, many billions). In the early 1990s, Vegan Outreach started arguing we should focus on the 99% of animals generally ignored – those butchered to be eaten. Now, vegetarianism is common and growing, and factory farms are widely condemned.

5) I think Vegan Outreach’s Adopt a College program is the only one of its kind in the world. Do you have any tips for people who want to start something similar in their own countries? In many countries there are no free or cheap full-color brochures available, and people are afraid that spending a lot of money on printing leaflets and brochures could be just a waste of their money.

Many activists are unhappy with the results they are currently getting, but uneasy about changing away from what other activists are doing. But there is a saying: If you want a different result, you have to try something different. So my first tip is to question the status quo, what type of activism is the “norm.” A long-time member once wrote:

Since becoming vegan in 1995, I have distributed tens of thousands of Vegan Outreach leaflets in a dozen states (and counting). Although I started using VO literature early on in my activism, I still felt that leafleting by itself wasn’t as effective as protesting every weekend. I couldn’t have been more wrong, especially when I looked at the amount of time I spent organizing protests, calling activists to attend the protests, making signs, etc. Maybe I felt that since I had invested so much time and effort, protesting had to be more effective than simply handing out leaflets for an hour or two. Thank goodness that Vegan Outreach continues to steer activists in the right direction!

We should look at our options in terms of payoff per dollar spent and hour worked, rather than what is simplest, cheapest, and/or most common. We always need to be focused on the bottom line of reducing as much suffering as possible.

6) In my experience, most vegans are not “activists.” Many maybe think that actively promoting veganism would be an exhausting sacrifice and that in the end it wouldn’t make a difference. Could you please comment on this?

I would suggest they read the experiences of activists and the lives being changed every day!

And just look at the numbers: “VRG’s 2009 poll estimates 3.4% of the U.S.’s adult population are real vegetarians. This is up from 2.3% in 2006. If you extrapolate to the population as a whole, this would indicate more than 3.5 million new vegetarians between polls.” 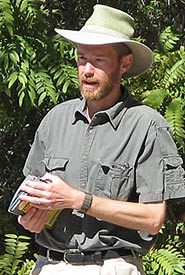 7) If your main goal is to reduce animal product consumption overall, why don’t you use health and environmental arguments, like e.g. the “Meat Free Mondays” campaign? Wouldn’t this be more effective? Don’t most people go vegetarian for health reasons?

Our main goal isn’t to reduce consumption, it is to lessen suffering. For many decades, groups and individuals thought they could trick people into making compassionate choices. But the “health argument” and various environmental arguments have led to many people switching from eating a few large animals to many smaller – and more intensively raised – animals like chickens. This has led to a great deal more suffering.

We focus on the animals because they matter. If we are going to reduce the animals’ suffering, we need people to recognize and consider their suffering. The ethical case for vegetarianism is simple, straightforward, and indisputable. A member recently spoke to a college class and reported:

My talk was not what they expected. Many said the argument – reducing animal suffering – had no holes or flaws in it, essentially leaving them with no questions about why one should not eat animals. Many of the students decided to write about the issue, and are rethinking the way that they eat.

We talk more about why we take the approach we do here.

1. Asking people to take the first step, rather than promoting the last step.
2. Choosing usefulness over thoroughness.

These are central to Vegan Outreach’s approach: not justifying our own views or cataloging all cruelty, but creating as much real change as possible in a society where eating an actual chicken leg is rarely even questioned. “Rights,” “veganism,” and other human constructs are irrelevant – all that matters is reducing as much suffering as possible. This isn’t something I came to realize immediately, though.

9) Why do you not directly promote animal rights? Isn’t this necessary to establish a permanent change in the way we relate to animals and also to avoid the suffering of animals in the future?

We are seeking to reach as many non-vegans as possible where they are in society as it actually is today. Very few people will go from eating meat to thinking in terms of animal rights. On the other hand, a large majority of people already oppose cruelty to animals, regardless of their personal philosophy or religion.

Again, our advocacy isn’t about the last step – it is about the first step. As you know, people evolve over time, and if we can get them to take the first step, Vegan Outreach’s Guide to Cruelty-Free Eating and our website provide tools to help them learn and take further steps. Similarly, societies change over time, and the optimal advocacy message will, in turn, change over time. But now, few people will change when exposed to a totally foreign philosophy, compared to those who will be moved when they see the hidden realities of modern agribusiness.

10) In my experience, promoting veganism often leads people to only go vegetarian. People choose their own steps and their own pace anyway. Why do you think it is necessary to tell people that opposing cruelty to animals is not an “all-or-nothing proposition”? I’m sure many vegans feel it is wrong to say that it is “OK” to “only eat LESS meat, eggs or dairy.”

It isn’t our goal to document all cruelties and injustices in the world. We aren’t out to say what is or isn’t “OK.” We’re not about preaching or dictating morals. We don’t seek to explain or justify our views, or celebrate veganism.

Furthermore, opposing cruelty to animals simply isn’t an “all-or-nothing proposition.” No one is perfect – no vegan is pure. Everyone is causing suffering at some level, and no one is doing their absolute best to prevent / eliminate suffering.

Not only is it less effective to act like there is some ultimate answer or perfect diet, but it simply isn’t true.

As you point out, people evolve over time. Our purpose is to start that change, not to present the most complete case for our own personal views. We’re not the point – maximum change for the animals is what matters. The key to this is recognizing that only meat eaters are in a position to save animals from the horrors of factory farms, so their mindset and motivations are what matters.

Vegan Outreach activists have personally dealt with many hundreds of thousands of individuals in various situations, and have consistently reported people who have had knee-jerk reactions to the word “vegan.” E.g., “Oh, I could never be vegan,” or “I know a vegan, and s/he is a fanatic.” Thus, they close themselves off to considering the message and making any change.

Bruce Friedrich, my coauthor on The Animal Activist’s Handbook and VP of PETA, has had personal interactions with literally thousands of individuals over the years (quite possibly, he has had more one-on-one conversations about animal issues than anyone else in the U.S.). He recently wrote:

I actually think that using the word “vegan” (other than perhaps with youth) may be counterproductive to helping animals, relative to using the word “vegetarian.” As a species, we are given to seeing things as “all or nothing," and I can’t tell you how many times I’ve had discussions with people who write off making any changes because they believe they can’t go vegan.

That’s why I no longer wear my “Ask me why I’m vegan” shirts – I wear the vegetarian ones, and the conversations have gotten SO MUCH BETTER. Where people used to be all about what vegan means and how hard it is to give up dairy (which saves 1/10 of an animal/year), now we talk about fish and chickens (saving many dozens of animals/year). I used to hear stories about dour and angry vegans; now I hear stories about daughters and cousins who are vegetarian.

This is anecdotal, of course, but it’s not theoretical – this is real-world and OVERWHELMING. I have FAR more people respond to my shirt now and approach me to ask questions. Before, I generally talked about what vegan means and the evils of dairy (still good, of course, but not nearly as valuable in helping animals). Now, I often have people tell me on the basis of one conversation that they will go vegetarian.

My long experience shows the word vegan scares many people, but the word vegetarian interests them (we also see this overwhelmingly when leafleting – people want vegetarian information far more than vegan information). Ironically, I’ll bet we get far fewer vegans by using the word vegan, since many vegetarians do go vegan, once they see how easy it is and start down the path of compassionate eating.

Vegan Outreach is all about getting results. Not about theory, or to say what is wrong, or which words philosophers prefer. But what experience shows, what psychologists and marketers have found works. The bottom line is simple – more change, fewer animals suffering.