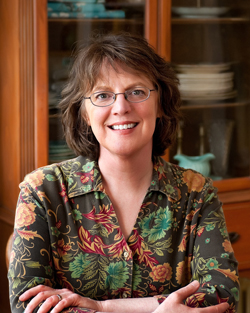 1) Since when have you been vegan and what made you become vegan?
Becoming a vegan was a gradual process for me. I stopped eating meat around 25 years ago because I felt it was morally wrong to kill animals for a food I didn’t need. Then, in 1989, I went to work for the Physicians Committee for Responsible Medicine, a non-profit organization that promotes vegan diet. I began to read books and articles about the treatment of all farm animals for meat, dairy and eggs. As a result, I eliminated dairy foods from my diet and then eventually eggs. Over the years, I’ve continued to remove more and more animal products—like leather, wool, and silk—from my life.

2) You have written quite a bit about ex-vegans. What do you think the main reasons are for people to stop being vegan? And with the people who give up veganism for health reasons, do you see a pattern as to why these people typically fail to strive and feel good on vegan diets?People on any kind of diet can develop nutrient deficiencies. But vegan diets are still considered to be an unusual way of eating—so when vegans don’t get good nutrition, they might assume that veganism is generally unhealthy. Instead of looking for ways to make their vegan diet more balanced, they go back to eating meat. We don’t have studies of the diets of ex-vegans, so we can’t know for certain what goes wrong with most of them. But many people who think they are eating the best vegan diet possible are actually not supplementing adequately with vitamin B12 or are not making optimal choices for iron. They may also be eating diets that are too low in protein or fat.

3) You are very outspoken about how the vegan movement really needs accurate information on vegan nutrition. And you have written that actually “there isn’t any health argument for veganism”. But would you say there are definite health advantages of a wholesome plant based diet (largely or all vegan)? I ask this because I personally know quite a few long-term vegans who look much younger than they are. And I think if there are health advantages we should mention them.
I think eating more plant foods and fewer animal foods has many health advantages. And people who switch from a standard western eating pattern that contains lots fatty meats and dairy foods to a vegan diet are likely to improve their health. And I agree that it’s good to let people know about this. However, we have no proof that people who eat a 100 percent vegan diet are healthier than those who eat an omnivore diet that limits animal fats and is rich in fruits, vegetables and whole grains. So from that perspective, we can’t—in all honesty—tell people that a vegan diet is the single best and healthiest way to eat, or the only truly healthy way to eat. In order to say that, we end up having to overstate the benefits of veganism—and I don’t think that works well in the long run.

So we can tell people that going vegan is likely to improve their health but we can’t say that this is a unique benefit of veganism. That’s why I don’t think the health argument works well for vegan advocacy. It does work for encouraging a more plant-based diet, though.

4) Dr. Michael Greger, Jack Norris and you have all recommended against raw food diets. I personally followed a completely raw vegan diet for a few years and ran into serious health problems. I had no medical or nutritional knowledge and was easily convinced by the arguments for a 100% raw, “natural” diet brought forth by charismatic raw food advocates. Unfortunately I don’t see myself as a rare exception, but instead I see large numbers of vegans being interested in raw diets, wanting to become raw foodists and “eating raw” being widely considered as “the next step up” from veganism. Could you please give us your opinion of raw vegan diets?
I think that raw foods diets can be nutritionally adequate for adults, although it takes some careful planning. They can also be useful for weight loss. There are some disadvantages to following a raw foods diet since some nutrients are better absorbed from cooked foods. But I don’t object to the idea of following a mostly raw foods diet for those who wish to do so—although I don’t think there is any health advantage to this way of eating.

However, I would like to see us separate raw foods diets from veganism. Veganism is a choice based on an ethic of justice for animals. Raw foodism is a diet based on (unsubstantiated) beliefs about health. When people say that going raw is the “next step up” from veganism, they are basically talking about something that has nothing to do with helping people adopt a lifestyle that considers the rights of animals. It also promotes a way of eating that may not be appropriate for children or older people. Veganism has to be promoted in a way that makes it appropriate for everyone.

The long chain omega-3s, called DHA and EPA are found mostly in fatty fish. While they seem to have health benefits, we don’t know how important those benefits are for vegans. For example, most vegans already eat a diet that puts them at lower risk for heart disease. We don’t know if adding DHA and EPA would make their risk even lower since we don’t have studies on this.

Technically, the body can convert ALA to DHA and EPA. But that conversion doesn’t seem to be very efficient, so we probably shouldn’t depend on it. Therefore it may be a good idea for vegans to take small supplements of DHA (or DHA and EPA combined) several times a week. Supplements providing around 200 to 300 microgram should be enough. There are supplements that come from algae and are 100% vegan.

6) You have recently compiled a “recommended supplements for vegans” list. We should all make sure we get enough vitamin B12, vitamin D, iodine, calcium and iron (and possibly add a DHA supplement). Could you let us know for comparison, what would be “normal” sources of these nutrients for omnivores and what would be “normal” sources (including supplements) for vegans?
That’s a good question that offers some perspective on differences in vegan and omnivore choices. Here is a chart that compares those options, with some comments on what the differences mean.

7) Early vegans like the founders of the Vegan Society did have concerns if they would be able to stay healthy on a vegan diet and from the beginning the vegan movement felt the need, of course, to prove that veganism is a safe and healthy choice. I think that this might be the origin of the theory that a vegan diet is the natural diet for humans, that our physiology is adapted to only digest plant foods and that therefore a vegan diet must be the healthiest diet of all. What is your opinion on the “natural diet” theory?
I’m not an expert on dietary evolution, but I think the evidence is pretty strong that humans evolved eating some meat. I’m not sure there is any such thing as one “natural” human diet, though. Or that we could choose to eat the way our prehistoric ancestors did even if we wanted to. We don’t even have access to the same foods any longer. I think the important thing to focus on is that a vegan diet can support health—so we have no need to eat animal foods. And if we don’t have a need for them, then we certainly don’t have the right to use animals in this way.

8) You have also written about the safety of soy products. You have recommended that two servings of soy foods a day should be completely safe. But I’m sure there are many vegans who eat a lot more soy than that, e.g. bodybuilders or athletes who may eat a lot of tofu or tempeh, or people who grew up drinking a lot of dairy milk, might continue to drink a lot of soy milk as vegans. Would you recommend limiting our soy consumption somehow and are there any soy products (maybe isolated soy protein) which we should definitely keep down to a minimum?
In countries where soy is typically consumed—like Japan—average intake is around 1 ½ servings per day. But throughout Asia, some people eat quite a bit more than this. There is no reason to think that up to four servings per day is unhealthy for those who are eating a lot of food in general (like athletes). But depending on any one food for such a big part of your diet is never a good idea. I generally like to suggest up to 3 servings of soy per day as a reasonable amount in a well-balanced diet.

And it’s good for most of the soy in your diet to come from traditional foods like tofu, soymilk and tempeh. But I do eat some foods made from isolated soy protein and don’t know of any harmful effects of doing so.

9) You have also recommended against very low fat or oil free vegan diets. Could you explain why and what types of fats are good to include in our diets?
Vegetable oils certainly aren’t essential in diets, but for those who enjoy using small amounts of these added fats, there is no harm in doing so. It’s important to include some higher fat foods in diets, though since they offer health benefits and improve absorption of some nutrients. Unless someone is allergic to them, it’s a good idea to eat a serving or two of nuts daily. There is a quite a bit of research linking nuts to improved heart health. They are also a good source of nutrition especially for vegan kids. Avocados are another healthy high-fat food. For those who like to use some oils on salad or to sauté vegetables, I recommend extra virgin olive oil. Canola oil is a good choice, too.

It seems like you’ve covered the most important questions in vegan nutrition. The important thing for people to remember is that, like everyone else, vegans need to pay attention to food choices and nutrient intakes. But once you know the basics, it’s not difficult. Avoiding very restrictive patterns like raw foods and fat-free diets makes it easier to meet nutrient needs and also makes vegan diets more realistic for most people. It also keeps the focus on what veganism is really about—an ethic of justice for animals. 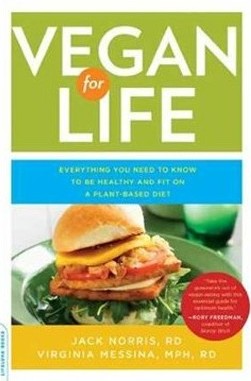